There was a palpable sigh of relief in many quarters in the Jewish community when the Mitchell Report failed to call for the establishment of an international monitoring group for the Middle East. We, among others, feared that such a group would simply function as yet another forum for voting gangups against Israel, much as the UN has become. However, while this problem seems to have been avoided – and the blandness of what the report had to say probably means it will be paid little attention, the report is significant in its underscoring of the danger inherent in these type of undertakings. The inevitable attempt to appear evenhanded confers legitimacy on the illegitimate and projects equivalence where there is none. To be sure, as will be seen, there was a pro-Palestinian bias evident throughout this particular report. But, for the future, we should not lose sight of the broader systemic infirmity as well.

Despite their long history and close proximity, some Israelis and Palestinians seem not to fully appreciate each other’s concerns. Some Israelis appear not to comprehend the humiliation and frustration that Palestinians must endure every day as a result of living with the continuing effects of occupation, sustained by the presence of Israeli military forces and settlements in their midst, or the determination of the Palestinians to achieve independence and genuine self-determination. Some Palestinians appear not to comprehend the extent to which terrorism creates fear among the Israeli people and undermines their belief in the possibility of co-existence, or the determination of the Government of Israel to do what is necessary to protect its people….

So right off, there is an implicit justification for Palestinian terrorist acts as the counterpoint to humiliation and frustration. Cast in terms of mindsets, the Palestinian concerns are presented as equivalent to the Israeli concern for violence and the government’s efforts to provide protection. The suggestion is that terror is justified here. Of course, no mention is made of the reality that Oslo was designed to resolve the conflict through negotiations, and that the Israeli actions were responses to the Palestinian resort to violence.

The report then goes on to say:

So much has been achieved. So much is at risk. If the parties are to succeed in completing their journey to their common destination, agreed commitments must be implemented, international law respected, and human rights protected. We encourage them to return to negotiations, however difficult. It is the only path to peace, justice and security.

What exactly has been achieved in the more than seven years since the start of Oslo, other than that Israel has turned over vast stretches of land to the Palestinians’ Israel is still vilified in the Arab press and its citizens are in more danger every day than they ever were before.

This pattern continues as the report gets more specific in a section entitled ‘Divergent Perspectives.’

For the Palestinian side, ‘Madrid’ and Oslo’ heralded the prospect of a state, and guaranteed an end to the occupation and a resolution of outstanding matters within an agreed time. Palestinians are genuinely angry at the continued growth of settlements and at their daily experiences of humiliation and disruption as a result of Israel’s presence in the Palestinian territories.

Palestinians see settlers and settlements in their midst not only as violating the spirit of the Oslo process, but also as application of force in the form of Israel’s overwhelming military superiority.

The PLO also claims that the Government of Israel has failed to comply with other commitments, such as the further withdrawal from the West Bank and the release of Palestinian prisoners. In addition, Palestinians expressed frustration with the impasse over refugees and the deteriorating economic circumstances in the West Bank and Gaza Strip.

So the Palestinian ‘perspective’ is introduced in terms of genuine anger, over Israel’s violating the spirit of Oslo, not any of the terms of Oslo. The report slips this in, but we should not lose sight of the fact that Oslo, in fact, was silent on settlements. Nor is there any sense of incredulity over the plain fact that Israel halted its withdrawals and its release of prisoners only after the Palestinians failed to meet any of their Oslo commitments. Or that Palestinian economic difficulties arose from Israel’s defense against rampant terrorism. Or that, not only was the Palestinian demand that all so-called ‘refugees’ should be allowed to settle in Israel inconsistent with the notion of a continuing Jewish state, but also that it was an issue that was pulled out of the hat at the eleventh hour.

The report then presents ‘The Israeli Perspective.’

From the Government of Israel’s perspective, the expansion of settlement activity and the taking of measures to facilitate the convenience and safety of settlers do not prejudice the outcome of permanent status negotiations…

According to the Government of Israel, the Palestinian failure takes on several forms:

Institutionalized anti-Israel, anti-Jewish incitement; the release from detention of terrorists; the failure to control illegal weapons; and the actual conduct of violent operations.

Is it really only the Israeli perspective that settlement matters are not written in stone? Does only Israel believe that its presence on the West Bank is crucial to its security? Is Israel alone in noticing that the Palestinians have abandoned negotiations in favor of violence? Is Israel being idiosyncratic in being so concerned about security? Is information about Arafat’s revolving door policy towards the detention of terrorists peculiar to Israel? Is it only Israel that knows about the Palestinian stockpiling of weapons in violation of Oslo? And have not Arafat and various of his henchmen openly applauded terrorism?

The bottom line is that the authors of the Mitchell Report betrayed an obvious anti-Israel bias. But a careful reading shows that this sort of thing could not have turned out substantially different. Fact-finding won’t work in the international arena – you can’t take a vote on reality. The Mitchell Report was a particularly flawed document. But the real problem lies in the nature of the beast. 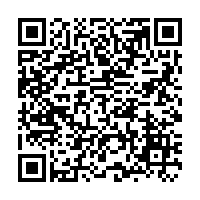