Home Judaism Torah Q & A: Women Counting Sefirat Haomer
Share on Facebook
Tweet on Twitter
QUESTION: In my wife’s family, women count Sefirat Haomer. This is something that I have not seen in my own family, although they are quite observant. As a newly married couple, we are quite confused.
Please discuss this matter and explain.
No name please
Toronto, Ontario
ANSWER: It is understood that the Torah was given to us so that we study it and learn therein to perform its many commands, which Hashem so commanded us.

In this regard, all Jews are equally responsible in their performance, albeit certain situations which obviate their performance, such as the case of a Yisroel being unable to perform any of the myriad mitzvot that are incumbent upon Kohanim in their service of Hashem.

We find as well ‘Mitzvot Hateluyot Ba’aretz’ – commands that are unique to those who dwell in Eretz Yisroel – shmittah, yovel, etc., which any Jew who lives there must perform, while a Jew who lives in ‘Chutz L’Aretz’ – in the Diaspora – is totally exempt in their performance.

The Gemara on the Mishnah discusses in detail the source for the Mishnah’s ruling and finds numerous possibilities – firstly that we compare all mitzvot to tefillin, which is in itself compared to Talmud Torah, of which the Pasuk in Parashat V’etchanan (Devarim 6:7) [which happens to be the first parasha of Kriat Shema] states, ‘VeShinantam L'[b]anecha,’ and you shall teach them to your sons. The Gemara goes into a long discussion and finds exceptions to the rule. The Gemara also gives us another source, ‘Reiah’ – the mitzvot of going up to Jerusalem three times a year, which the Torah in Parashat Mishpatim (Shemot 23:17) states, ‘Shalosh Pa’amim Bashanah Yeraeh Kol Zechurecha,’ three times in the year shall all your males be seen [in Jerusalem]. The Gemara in its discussion seeks out many other mitzvot, such as ‘Kibud av v’em,’ etc., to serve as our source for women’s requirement in those precepts that are not time related, and throughout the whole discussion uses a process of elimination. Our rule, though, is such that generally women are not required to perform any of these time related mitzvot, and men are.

Kol Bo Siman 73 quotes the Ba’al HaMelamed on Parashat Lech-Lecha in explaining the reason that the Torah freed women of this responsibility: Since the woman is the helpmate for the man [and she is the one in charge of the household], thus if she would be occupied with all timely mitzvot, her aid to him [lit. her work] would be left undone and this would be a source of friction between the couple.

In researching this question I recalled having seen a similar discussion in the sefer ‘Orot HaPesach’ by Hagaon Horav Shlomo Wahrman, Rosh Yeshiva of Yeshiva of Nassau County. We will highlight some of his in-depth discussions found in siman 79.

Rav Wahrman quotes the Rambam Hilchot Temidin U’musafin 7:22-24: It is a positive precept – Mitzvat Asei – to count (Sefirat Haomer) seven full weeks from the day that the omer was first brought, as it says in Parashat Emor (Vayikra 23:15), ‘Usefartem Lachem Mimacharat Hashabbat Miyom Haviachem et Omer Hatenufah Sheva Shabbatot Temimot Tihiyena,’ and you shall count from the morrow of the Sabbath [i.e. Pesach] from the day you bring the omer of waving, seven complete weeks shall they be. It is a mitzvah to count days with weeks, as it says [in the next pasuk, 23:16], ‘Tisperu Chamishim Yom,’ you shall count 50 days…. We count from the beginning of the day, i.e., the night of the 16th of Nissan. If one forgot to count at night he counts by day, and one must count standing – but if one counted while sitting, he has nevertheless fulfilled his obligation. This mitzvah is incumbent on all Jewish males in every place and at every time, and women and slaves are exempt from its performance.’

Kesef Mishnah explains that the exemption for women is due to this being a ‘Mitzvat Asei She’Hazeman Garma,’ a positive timeley precept. We find as well in the Chinuch in Mizvah 306 that Sefirat Haomer is a Biblical command observed by males.

The Ramban in his novella on Mesechet Kiddushin 34a states the following: ‘And as regards positive [Biblical] precepts that are not timely, many are yet left [such as] ‘morah,’ fear [of one’s parents], ‘kavod,’ honor [of one’s parents], ‘bikurim,’ first produce, ‘chalah,’ [which we take from the dough], ‘kisuy hadam,’ covering of the blood [of non-domesticated animals, i.e., ‘chaya,’ or of fowl, when they are slaughtered], ‘raishit hagez,’ the first shearing [of the sheep], ‘matanot,’ lit. the ‘presents’ one gives to Kohanim, Leviyim and the destitute, ‘Sefirat Haomer,’ lit. the counting of the omer, ‘prikah u’teinah,’ lit. ‘unloading and loading,’ i.e., helping one’s fellow with the loading and unloading of heavy parcels, etc.’
(To be continued)
Advertisement 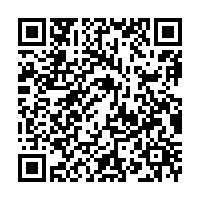