While widely billed as a reasonable compromise between the Orthodox and non-Orthodox in Israel, controversy continues to grow over the recent decision by the Israeli government approving the creation of a separate egalitarian prayer space a short distance from the current gender-separated spaces near the Kotel.

Orthodox leaders and members of Knesset have vowed to force a pullback on the agreement while Conservative and Reform leaders vow to counter with an appeal to the Israeli Supreme Court for a formal judgment granting their movements full parity with the Orthodox on life-cycle issues, including marriage and conversion.


Prime Minister Netanyahu argued that the new arrangement was “a fair and creative solution.” Sadly, he completely misses the point. Any violation of halacha at Judaism’s holiest site should be a matter of utmost concern and must trump any well-intentioned attempt at “fairness.”

But underlying the current dispute is something of even broader moment than the establishment of a separate prayer space for non-Orthodox prayer in close proximity to the Kotel.

Comments from Reform and Conservative leaders document quite clearly that their efforts are not fueled by a desire to secure an accommodation for their form of prayer. On the contrary, what they seek is legitimacy for non-Orthodoxy on a par with Orthodoxy.

Thus, according to a joint statement from the Reform and Conservative movements and the Jewish Federations of North America:

The new space is a dramatic, unprecedented and critical acknowledgement by the State of Israel that Judaism’s holiest site – the Kotel – should incorporate the traditions of the Masorti (Conservative) and Reform streams in which men and women pray together.… We are measurably closer today to the ultimate symbol of that reality – one wall for one people.

The U.S.-based executive vice president of the Conservative movement’s Rabbinical Assembly called the advent of the new space “a very important step…. [T]here has been no previous acknowledgment of egalitarian Judaism by the Israeli government.”

Anat Hoffman, the chairwoman of the board of Women of the Wall, which for years has been advocating for the abandonment of Orthodox norms governing prayer at the Kotel, said that the new prayer space was acknowledgment “that there is more than one way to be Jewish… We were a catalyst for something revolutionary.”

The president of the Union of Reform Judaism, which has its headquarters in New York, said, “It is about the legitimacy of the Judaism we practice here [in the U.S.].”

So it is understandable that Orthodox leaders are now vowing to pressure Mr. Netanyahu to abandon the plan for a separate prayer area not far from the existing separate sections for men and women. And he has agreed to delay implementation of the plan for several weeks to allow for Orthodox alternative proposals.

Conservative and Reform leaders do not or cannot own up to the fact that is their demands that mark a departure from centuries of Jewish law and practice and that therefore it is wholly over the top for them to rail against those who do not agree with their changes and their “new” definitions of Judaism. 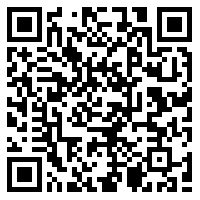