For years, Ohio’s Oberlin College has been widely viewed as a center of social activism and hard left progressivism, fully in the thrall of the woke agenda and its embrace of the most extravagant notions of what constitutes racism.

But the recent outcome of a lawsuit first begun in 2016 by a family-owned business suggests that it may no longer be the case that everything goes in the woke era.


According to reporting by the New York Times, citing Gibson’s Bakery’s legal complaint, the dispute began when a black Oberlin student tried to pay for a bottle of wine at the campus store with a fake ID. The store clerk also noticed that the student had hidden two more bottles of wine under his coat.

The clerk chased the student out onto the street and tackled him, whereupon two of the student’s friends, also black Oberlin students, joined the melee. Gibson’s prosecuted all three students who pleaded guilty to various charges.

The following day hundreds of students and others gathered in the park across the street from the store to protest the arrests. The store owners in turn accused the college, its dean of students Meredith Raimondo, and other Oberlin officials of actively supporting the protesters by buying them pizza, authorizing the use of student funds to pay for gloves for the cold weather, and participating in handing out leaflets urging a boycott of the store.

Oberlin also suspended its purchases from Gibson’s for a period of about two months. While the college said it made this move in order to de-escalate the protests, the store owners said that the suspension sent a message to the community that the college believed the store was racist. Its business allegedly suffered enormously as a result.

According to The Times, the police had no record of any prior complaints about racial profiling. What police did have, though, were complaints that local merchants suffering from student shoplifting. A college publication had recently even reported that shoplifting had become a student rite of passage.

Gibson’s sued Oberlin for defamation, and in June 2019 the jury awarded Gibson’s a judgment of $11 million in compensatory damages and $22 million in punitive damages. Oberlin appealed and the case worked its way through Ohio’s appellate courts until, about three weeks ago, the Ohio Supreme Court declined to hear Oberlin’s final appeal attempt. Oberlin has now announced that it would pay Gibson’s $36.95 million, which includes the original damage awards and interest.

Significantly, Oberlin had maintained throughout this saga that it was merely protecting the students’ First Amendment rights by letting them protest. The lower court ruled, however, that the school defamed Gibson’s by not acting to stop the discrimination claims, even endorsing them.

We hope that the size of the award will make educational institutions around the country recognize that even in the current cancel culture, they can’t count on escaping responsibility if they blindly accept and facilitate the harmful excesses of their students. 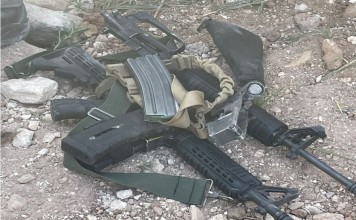 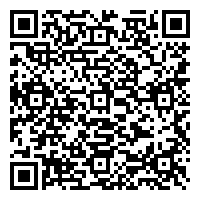