While we warmly welcome Secretary of State Mike Pompeo’s statement on settlements last week as both a profound and straightforward acknowledgment of geopolitical reality, we would be naïve not to have expected the Palestinians, the European Union, and, sadly, many Democrats in the House of Representative, to have exploded in varying degrees of rage.

After all, the notion that Israeli settlements over the Green line are not ipso facto illegal runs counter to a fictitious political narrative that has been long promoted by the Palestinians and flies in the face of an international anti-Israel legal pile-on.

However, if they would all just kick back and think honestly about what the secretary actually said, they may come to recognize his remarks as pointing to a realistic – and also fair – pathway to peace.

He not only declared that the settlements were not presumptively illegal; he also said the issue of land entitlement had to be resolved politically by the parties themselves, noting that artificial legalisms adopted by international organizations have not brought peace and have, in any case, been overtaken by events.

And then there is an undeniable, basic truth in what he said. After all, Israel gained control of this territory by successfully defending itself against Arab armies bent on its destruction. And that victory, of course, is not the totality of Israel’s claim. Underlying it is historical experience and a biblical promise from G-d to Abraham to give his descendants the Land of Israel.

So those truly seeking peace in the Middle East should heed the secretary and, as they say, “get real.”

Supporters of Israel, meanwhile, should not fail to extol this bold initiative by the Trump administration. We are dismayed by the tepid reactions by such groups as AIPAC and the Conference of Presidents of Major American Jewish Organizations. It’s hard to understand why they wouldn’t cheer this latest installment in the Trump administration’s ongoing efforts to support Israel’s national security interests. 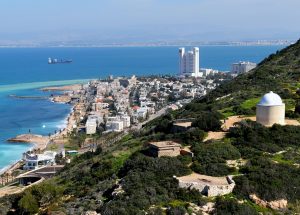