True to his word, President Obama has demonstrated that when it comes to Israel’s security, he does indeed have the country’s back. In the current confrontation with Hamas, he has from the start unequivocally laid the blame on Hamas and said Israel has the right to defend itself and that for the crisis to end Hamas must stop firing rockets at Israel.

Further, his robust support for Iron Dome has resulted in the saving of countless Jewish lives, and the military aid he has authorized over the past four years has enhanced Israel’s ability to strike back at Hamas. Moreover, his staunch, and very public, support of Israel has certainly hobbled the attempts by the usual suspects to press the charge of “disproportionality” against Israel.


So there is much for which to be grateful. But at the same time we have to wonder whether the president made any promises or commitments to those adversaries of Israel he enlisted in the effort to bring both sides to a cease-fire. And were any inducements dangled in front of Hamas?

Ms. Nuland: We appreciate the fact that [Egyptian] Prime Minister Kandil went personally to try to ameliorate the situation. And will continue to work with them on the efforts that we can all take to try to de-escalate.Question: Have they coordinated the visit with Washington or with the Israelis?

Ms. Nuland: Well, I think both we and the Israelis were aware that the prime minister would make this visit….

Question: …I don’t understand. Two weeks ago you said it would be a bad idea for [Turkey’s] Erdogan to go to Gaza. You were not particularly enthusiastic about the emir of Qatar going to cost. And now all of a sudden it’s a wonderful thing that the Egyptian prime minister went there?

Ms. Nuland: We are in the process of trying to de-escalate a very, very dangerous situation between Gaza and Israel. So the purpose was completely different in this case, and can be helpful, we think.

Question: It can be helpful because they’re talking to Hamas.

Question: So the way that Hamas gets a stamp of U.S. legitimacy in terms of being an interlocutor is to fire lots of rockets into southern Israel, and then you’re okay with people going to talk to them?

Question: Okay. Through the mediation with your good friends the Qataris, the Egyptians, and the Turks, Hamas moderates tremendously and gives up on rockets and so on. Will that be, like, an opening with direct contact with Hamas, with the United States?

Ms. Nuland: You know what our conditions for contact with Hamas have been. They have not changed; they will not change in this circumstance. They need to recognize Israel’s right to exist. They need to renounce violence and take those other measures that we’ve always called for. 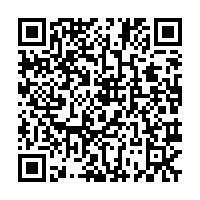