Getting at the truth of the attack on the U.S. consulate in Benghazi is a work in progress and this is certainly a story with legs. Why U.S. personnel were not given adequate protection despite danger signals for weeks prior and why the Obama administration, in the face of intelligence information to the contrary, downplayed any terrorist dimension in the assault, urging instead that the attackers were ordinary Muslims upset about an anti-Muhammad video, is sure to be the focus of intense congressional attention.

But the brouhaha over the role of our UN Ambassador Susan Rice in promoting the deception has assumed a life of its own as she appears to be President Obama’s choice to succeed Hillary Clinton as secretary of state. To be sure, Ambassador Rice’s appearances on news programs touting the video scenario raises some serious questions. But there should also be concern over her comments to the UN Security Council in February 2011 when, ironically, she cast the U.S. veto of a resolution condemning Israeli settlement expansion.


It will be recalled that there was a concerted effort on the part of the Palestinians and their allies to have the Security Council pass a resolution condemning Israel’s settlement growth. President Obama indicated early on that the U.S. would not go along with this and, if necessary, block the measure by voting against it. (Because the U.S. is a permanent member of the Security Council, this meant the measure would not pass.)

Video of the Security Council session show an obviously upset Ambassador Rice as she cast the negative vote. Her body language and facial expressions send an unmistakable message. Here are excerpts of what she said that day:

The United States has been deeply committed to pursuing a comprehensive and lasting peace between Israel and the Palestinians. In that context, we have been focused on taking steps that advance the goal of two states living side by side in peace and security, rather than complicating it. That includes a commitment to work in good faith with all parties to underscore our opposition to continued settlements.Our opposition to the resolution before this Council today should therefore not be misunderstood to mean we support settlement activity. On the contrary, we reject in the strongest terms the legitimacy of continued Israeli settlement activity. For more than four decades, Israeli settlement activity in territories occupied in 1967 has undermined Israel’s security and corroded hopes for peace and stability in the region. Continued settlement activity violates Israel’s international commitments, devastates trust between the parties, and threatens the prospects for peace….

So, separate and apart from her role in the Benghazi aftermath. we have serious reservations about what it would mean for Israel should Ms. Rice become secretary of state. As for Benghazi, President Obama has defended Ms. Rice in the face of criticism that she misled the public. He has said she was following his orders. A similar defense was offered by members of the Black Congressional Caucus who insist that any criticism of Ms. Rice is racist and sexist since she was simply following the president’s directive.

In reality, of course, the ambassador has shown herself quite capable of communicating her personal disagreement with presidential policy when she feels the need to do so, as witness the above transcript.

We also note in this connection that as a cabinet level official, Ms. Rice had access to classified intelligence information concerning Benghazi that contradicts the administration’s initial video narrative. And how in the world did she overlook or dismiss the fact that the attack came on 9/11? 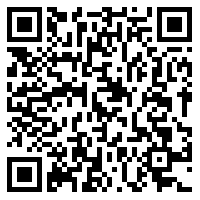