Since the Iran nuclear agreement was announced two weeks ago, New York Senator Chuck Schumer has steadfastly refused to take a public position on whether it should be approved by Congress.

This is a very big deal.


Not because there is much question but that he will eventually vote to oppose it. Rather, the real story is that the Obama administration is well along in its full-court press to secure the support of Democratic senators to sustain a presidential veto of a vote to reject the agreement, yet Senator Schumer – one of the most powerful members of the Senate and widely believed to be the key to denying the president the number of votes he needs – has steadfastly stayed out of the fray and ceded the field to the administration.

The question is, does he think no one is noticing?

In interviews and press conferences Mr. Schumer has maintained that as one of the principal supporters of the legislation providing for a 60-day period for congressional review, he could do no less than spend a good portion of that time studying the deal. Typical was this recent statement: “I’m still studying the issue; I’m studying very carefully. I have a lot of questions. This is one of the most important decisions that I and my colleagues will have to make. I won’t be rushed into it.”

Yet the document itself is rather straightforward, running a little over 150 pages, nothing like the complicated, cross-referenced, phone book-sized legislation he and his staff are accustomed to considering. Moreover, at a dinner of a major Orthodox group in May, Mr. Schumer indicated there were several crucial areas of concern for him regarding any deal that might be struck and its implications for the security concerns of the U.S. and Israel.

The U.S. and others, he said at the time, must be able to inspect Iranian facilities “anywhere, any time”; any lifting of sanctions must be tied to Iranian compliance; there has to be a true automatic “snap back” of sanctions should Iran violate the agreement; and Iran would need to disclose all relevant information about its past violations or the possible military dimensions of its nuclear program.

Surely by any measure Sen. Schumer cannot contend that his concerns in these areas were allayed in the announced agreement. And given his vocal, often key, support for Israel in the past, Iran’s announced desire to obliterate the Jewish state should make his opposition to the Iran deal a true no-brainer.

Why, then, has he held back and allowed the administration so much lead-time in making its arguments to sway undecided lawmakers? Why has he failed to work the Senate floor even as the president’s efforts are in full swing?

On Fox News Sunday this week, moderator Chris Wallace asked his panel how Mr. Schumer could be expected to vote. The redoubtable George F. Will responded:

He’ll vote against it, but only if his vote is not needed [by the president]. If his vote is needed, he’s going to vote for it. This minuet we see all the time with so-called moderate Democrats; they furrow their brow and they purse their lips, and then they vote for the Affordable Care Act. It’s always the same dance.

On the other hand, Malcolm Hoenlein, executive vice chairman of the Conference of Presidents of Major American Jewish Organizations, said he thinks Mr. Schumer will “do the right thing. The question is, will he go public and does he bring others along?”

And that’s where the problem lies. To this point, President Obama and his political minions have had free reign to sway senators to support the agreement and vote to sustain a presidential veto if need be. By most accounts, the one person with the political muscle to swing enough Democratic votes to override a veto is Sen. Schumer. However, by the time the actual vote takes place and Mr. Schumer presumably surfaces, the positions of his colleagues will have hardened and commitments will have been made to the president. 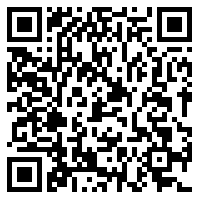