The Israeli government has decided to remove metal detectors from the entrances to Har Habayis, where the Al Aqsa Mosque is currently situated. Given their virtually universal use as a defense against violent attacks on airplanes and in buildings and stadiums, their installation in the aftermath of the recent killing of two policemen by three Arabs using weapons smuggled into the mosque should not have been all that remarkable.

Indeed, religious buildings in major Muslim religious centers such as Mecca and Medina are protected by the devices, as is the Vatican.


Nevertheless, the Arab/Muslim world erupted, charging that the installation and operation of the detectors by Israel represented a plot to change the status quo by adding to Israeli control of the site.

We were particularly taken by the joint statement of the Palestinian grand mufti, the acting Palestinian chief justice, and the Jordanian-sponsored Waqf religious trust: “We stress our absolute rejection of the electronic gates, and of all measures by the Occupation [Israel] that would change the historical and religious status in Jerusalem and its sacred sites, foremost the blessed Aqsa mosque.”

That is really rich, especially when the Palestinians continually petition various UN agencies to strip as many historically Jewish sites as they can of any Jewish connection.

Despite the protests and threats from the Palestinian Authority’s Mahmoud Abbas, Turkey’s Tayyip Erdogan, and Jordan’s King Abdullah, Israeli leaders initially refused to back down, no doubt because they are responsible for the security of the mosque and also sensing it would not be a good thing to be seen as kowtowing to the pressure.

To be sure, although the metal detectors forced everyone on the way to the mosque to pass through an Israeli security presence – a somewhat new development despite Israel’s existing police patrols in the area – we suspect that what was really behind the protests was a desire to demonstrate to Israel, and more than likely President Trump, that the issue of control over Jerusalem is radioactive.

In any event, Arab leaders incited violence and the Arab street didn’t disappoint: anti-Israel demonstrations spread across the Muslim world.

Last Friday night a Palestinian stabbed to death three members of a Jewish family in the West Bank settlement of Halamish. (See story, page 3). In Amman, an Arab carpenter tried to stab a security guard at the Israeli embassy and the guard’s killing of the assailant triggered a diplomatic crisis with Jordan.

The Trump administration weighed in, as did the UN,  urging Israel to find another way to protect the mosque. And so it did, announcing that it will install security cameras from afar. Probably not as effective as on-site metal detectors. But if that’s what Israel wants, so be it.

It’s hard to second-guess Prime Minister Netanyahu here. He clearly has several conflicting considerations to balance. But one thing that should be clear is that, Israel once again has shown it is the grownup in the Middle East. 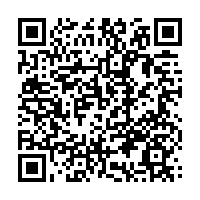