It seems pretty clear that President Trump is not of a mind to continue in a business-as-usual mode with respect to the United Nations. UN Ambassador Nikki Haley first signaled as much several days prior to the General Assembly’s approval of a resolution calling for the U.S. to pull back its recognition of Jerusalem as the capital of Israel and beginning the process of relocating the U.S. Embassy in Israel from Tel Aviv to Jerusalem.

She said in a letter to General Assembly members that President Trump told her the U.S. would not forget the perfidy of those UN members that presumed to instruct Washington on the cities it may or may not recognize as foreign capitals and where it may or may not locate its embassies. This is especially odious, she said, when many of those same countries regularly come to the U.S. soliciting economic aid and also benefit from UN programs largely funded by America.

But it would be a mistake to come away from this episode with the idea that the individual members of the UN were themselves the main targets of presidential ire. Although the member’s votes were certainly directly in the line of fire, it was the collective action of the General Assembly as an institution that seems to be the underlying focus.

Indeed, in remarks to the General Assembly just prior to the vote, Ms. Haley suggested that the U.S., which is the largest single contributor to the UN budget (22 percent, to the tune of approximately $1.3 billion annually), might now reduce its financial support.  In fact, several days after the vote it was reported that at the behest of the U.S., the UN budget would be reduced by a quarter of a billion dollars to reflect a planned reduction in U.S. financial participation.

This dynamic goes back to the development of the General Assembly in a way that directly contradicts the original UN blueprint. Thus, as initially planned, the UN Security Council was to act as the executive arm of the five post-World war II major powers – the U.S., Russia, China, England, and France – when they all agreed on a particular course of action. Accordingly, the Security Council could not act unless a majority of the 13 members voting included every one of the five. Effectively, it created what became known as the veto power retained by each of the five powers.

On the other hand, the General Assembly – where there was no major nation veto power – was designed to be a glorified debating society with no executive power to speak of. Yet for decades, with the impetus from third world member countries chafing from being neutralized in the Security Council and relegated to a largely meaningless role in the General Assembly, the latter began adopting countless overblown resolutions purporting to speak for the UN as a whole and established a fictive international legal reality.

In effect, under President Trump and his newly empowered UN ambassador, the U.S. is trying to contain a runaway United Nations. It’s about time an American administration did just that. 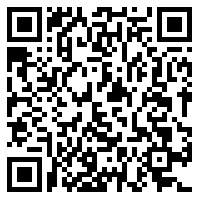