In a case that smacks of political correctness run amok, a taxi driver’s license was suspended after he ejected two female passengers from his cab for intimate conduct he said violated his company’s rules.

New York City’s Taxi and Limousine Commission (TLC) suspended the license before holding a hearing on the truth of the passenger’s allegations and the legal legitimacy of the driver’s purported reasons for acting as he did. According to the driver, he was not even interviewed by the TLC.


After the charges were filed against the driver, TLC spokesman Allen Fromberg promptly issued a statement saying that “It’s 2018 in New York City, and this isn’t the way we live anymore.”

Subsequently a city Administrative Law Judge (ALJ) ruled that there was insufficient evidence that the driver had acted illegally, also noting that  the claims of the passengers were fatally sketchy and dismissed the complaint. However, the TLC has yet to return the license to the driver even though it adopted the decision of the ALJ.

The incident recently came to light when the driver filed a lawsuit in federal court seeking unspecified damages from the TLC and the return of his license. The NYC Corporation Counsel, which represents the city in litigation, says it is still studying the federal complaint.

We get the uncomfortable feeling that the TLC acted as precipitously as it did because the charging parties were members of a community to which “progressive” New York City officials are determined to be seen as according legitimacy. It almost seems that there is a fear that any delay would be taken as a lack of commitment. to enlightened change.

All of this despite the fact that a cabdriver’s ability to earn a living was precipitously interrupted. Maybe Mr. Fromberg was right. In 2018, New Yorkers are subject to new and special rules. 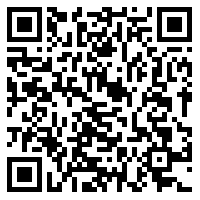