The World Zionist Congress consists of 500 delegates elected from around the world – including the United States – and meets in Jerusalem every five years to allocate some $1.1 billion in funds.

Since delegates typically vote in favor of allocations that support their delegate slate’s policy preferences, the makeup of the delegate body is crucial to the success of the various interests in play in Israeli society.

Thus, those interested in promoting yeshiva education, shmiras Shabbos, kashrus standards, the religious integrity of the Kosel, and halachic standards in marriage, divorce, and conversion, should look to elect delegates with a similar worldview so they can direct WZC funds to the appropriate supportive institutions.

The 38th World Zionist Congress is scheduled to meet this year from October 20-23 to decide on allocations. However, the election of delegates to the congress is taking place right now (it began on January 21 and ends on March 11).

In order to secure as much funding as possible for the promotion and protection of Torah values in Israel, a delegate slate called Eretz HaKodesh has been formed. It is being encouraged in its proposed work by numerous rabbanim including Rav Yitzchok Berkowitz, Rav Elya Brudny, Rav Chaim Kohn, and Rav Asher Weiss.

Those interested in making a positive impact on true Torah values in Eretz Yisroel are urged to go to EretzHakodesh.org to learn about WZC voting qualifications and how to cast a ballot. The process is straightforward and quite simple. 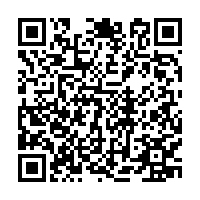