In one respect, the current, very public, controversy over gender separation in Israel is a no-brainer. It doesn’t take much to appreciate that private individuals cannot forcefully – and that includes harassment short of violence – impose their views on others and they surely cannot target 8-year-old children to make their point.

To make a big production of condemning such acts – and we certainly do – inevitably assigns to the perpetrators a substance they do not possess. Indeed, while there are those in the current mix who see themselves as modern-day versions of the biblical Pinchas, no authoritative religious sanction for their actions has surfaced.


Ironically, the mayor of Beit Shemesh is haredi himself and one wonders why those who take the law into their own hands feel they have to do so rather than pursue a political solution.

But there are several related issues that are both ironic and intriguing. Implementation of the principle in public places through violence and coercion may be wrongheaded, but the tradition of some separation of the sexes has a long and well-established history in our faith harking back to biblical times and the justified outrage over the acts of violent extremists cannot be allowed to empower secularists who would like nothing better than to throw out the baby with the bathwater.

Prime Minister Benjamin Netanyahu told the cabinet on Sunday that “Israel is a Western liberal democracy and as such its public space is open and safe for all, men and women. There is no place in [Israel] for discrimination. The police will continue to arrest all those who spit, raise their hand, and harass.”

What exactly does that mean? An open-air concert? A soccer match? A haredi rally in the center of Jerusalem?

Some clarification is in order from the prime minister, especially in light of the legislation MK Nachman Shai (Kadima) submitted to the Knesset on Tuesday that would define gender segregation as a criminal act punishable by a stiff prison sentence.

Shai’s bill provides for a sentence of three years for anyone convicted of “publicizing, inciting, preaching or encouraging gender segregation in the public sphere,” according to a statement issued by his office. Shai added that “the bill is meant to prevent and act decisively against those working to degrade and humiliate women in Israel.”

Additionally, as reported by The Jerusalem Post, “violations of the law committed in order to facilitate gender segregation or hostility towards the public because of gender affiliation will carry either a double penalty for the crime or a ten year prison sentence.”

It is crucial for the authorities to do all that is necessary to rein in the violent extremists and to ensure that they do not trample the rights of all Israeli citizens. And it is important that there be public protests condemning their actions. But it is also important that in the process authentic Torah values not be stigmatized or delegitimized.

Precision may be difficult, but it must be kept in mind at all times that the extremists do not represent the masses of Orthodox Jewry and that our Torah is not about the humiliation or degradation of Jews who happen to be women. 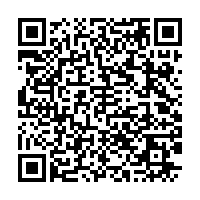