We were stunned to learn that with the recent legalization of the sale and use of marijuana in New York State, those convicted of violating the earlier pot laws will get a preference in the allocation of marijuana retail sales licenses. According to Gov. Kathy Hochul and New York City Mayor Eric Adams, the policy is a matter of equity because people of color were charged more often than other groups for violations of the old laws. Yet the determination of New York’s elected leaders to reward convicted felons appears to us as just another example of progressive ideology run amok.

Just think about it: New York State is about to grant individuals preferential entry into a probable multi-billion dollar industry only because they stand convicted of marijuana-related felonies. We haven’t even heard claims that these convicts from minority communities were not guilty as charged.

To boot, it will likely be an all-cash business, and do we expect those who previously did not feel themselves bound by the law will pay the taxes generated? It is certainly noteworthy that state officials are counting on the pot industry to produce many billions in new tax revenues.

In recent weeks we have been exploring examples of current mindless progressive nostrums. The disastrous results of the “defund the police” movement, “bail reform” in New York, and the new Manhattan district attorney’s defanging of criminal prosecutions – all in the name of rectifying alleged past injustices against minorities – have basically hamstrung law enforcement. Talk about throwing the baby out with the bathwater.

But, as we have said, there is a lot more.

There is a movement in the Washington State legislature to reduce penalties for drive-by shootings with the aim of “promoting racial equity in the criminal legal system.” In 1995, when the state was experiencing a surge in gang-related crimes, drive-by shooting were added to a list of “aggravating” factors that would raise the severity of a first degree murder charge. The sponsors of the amendment , however, argue that “it’s clear that the [1995 addition] was targeted at gangs that were predominantly young and Black.” No word though about the number of Blacks committing drive-by shootings or that enforcement was racially disproportionate. Recently in Seattle, officials overturned a decades-old board of health regulation requiring cyclists to wear helmets because of what they said was discriminatory enforcement of the rule against homeless people and people of color. The National Transportation Safety Board protocols said the helmets saved lives, but the officials relied on anecdotal evidence showing that Black cyclists were almost four times as likely to receive a violation as white cyclists. And Native-Americans were just over twice as likely to receive one as white cyclists. No one, it seems, raised the question of whether homeless people or people of color wore helmets less frequently than members of other groups.

And just the other day came the news that New York City Schools Chancellor David Banks has decided not to change the high school admissions process for the top competitive schools in which grade point average is not dispositive. He was under pressure to adopt a more merit-based system to replace the De Blasio “race-based redistribution” approach, but says there was no time to implement a new system in time for the next school year.

Finally, the New York State Bar Association is now advocating that applicants no longer be required to list and describe all past interactions with law enforcement authorities, because the practice has driven away untold numbers of Black and Latino students.

Hopefully all of this sort of nonsense will run its course and we’ll send all the pseudo-intellectuals packing and get back to the tried and true basics. 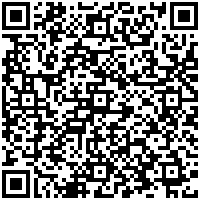