The six other council members voting in support of Yeger were Chaim Deutsch, Bob Holden, Alan Maisel, Steven Matteo, Erich Ulrich and Ruben Diaz, Sr., which includes some who represent large Jewish population. Yeger and the other nay voters stood firm. But the views of most Jewish New Yorkers were disregarded by most of their colleagues.

When you strip away all of the politically correct platitudes, Yeger was first attacked for making the true statement that there is no Palestinian state and then bounced from his City Council seat on the Immigration Committee for refusing to apologize for making it.

Has the liberal media and the political establishment forgotten Mahmoud Abbas’s unsuccessful quest several years ago to secure UN recognition of a Palestinian state by resolution of the UN Security Council, and isn’t that the only internationally accepted procedure for securing statehood? And didn’t that failed effort bring to light that there was no Palestinian authority that extended its uncontested sovereign control over any part of the Middle East – not in the West Bank of Mahmoud Abbas and not in the Gaza Strip of Hamas. And isn’t that still the case?

Have they all forgotten that the UN Partition Resolution of 1948 for the Palestine area never mentioned the term “Palestinian,” but only spoke of separate states for “Jews” and “Arabs?”

Have they also forgotten that the only reason that even an Arab state did not materialize was because all of the surrounding Arab states invaded the “Jewish” state and unsuccessfully sought to destroy it and have been unable since to impose the requisite control on their ostensible portion?

But “Palestinian state” was never mentioned.

Moreover, a comparison of the recent episode with Rep. Ilhan Omar reveals the perfidy in play here. She had asserted that support for Israel by Americans – both ordinary citizens and elected officials – bespoke a “dual loyalty” with a central, corrupting role being played by the ”Benjamins.”

That was the invocation of a classic, anti-Semitic trope. Yet, the same folks that are now arraying against Yeger argued against censoring her by name (or, ultimately, even passing a resolution condemning only anti-Semitism) and even then against moving her from the very sensitive Foreign Relations Committee.

It is clear to us that what is behind the anti-Yeger cabal is nothing more than an effort to whitewash the Palestinian narrative by conjuring up a fictive reality. 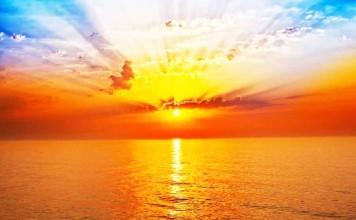 Is Mashiach Around The Corner? 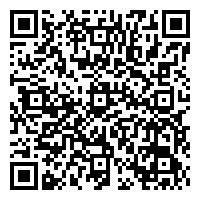