As most of our readers doubtless are aware, New York State Supreme Court Justice Christina Ryba has invalidated sweeping New York State Education Department guidelines pertaining to the legal requirement that private schools provide educational instruction that is “substantially equivalent” to that offered in public schools.

The guidelines were introduced last November to the surprise of our advocacy agencies. It didn’t take long, though, for everyone to recognize that they represented a most dangerous threat to yeshiva education and religious freedom.

An organization – Parents for Educational and Religious Liberty in Schools – represented by former Deputy New York State Attorney General Avi Schick, sued last month in Albany Supreme Court to invalidate the guidelines on the grounds that they violated the constitutional right to freedom of religion of yeshiva students and their parents and that NYSED exceeded its authority in announcing the guidelines.

As it turned out, Judge Ryba ruled that NYSED did not follow the procedures set forth in the NY State Administrative Procedure Act for the promulgation of the guidelines. Because NYSED followed faulty procedure, Judge Ryba noted in her decision that she did not have to decide whether the guidelines violated constitutional protections for freedom of religion.

But this question is important and worth addressing. The following are three verbatim quotes from the argument presented by NYSED’s attorney to Judge Ryba:

“They [yeshiva students] do not have the right to unfettered private education, and that’s been upheld over and over and over again. That means when that when Mr. Schick submits on behalf of PEARLS affidavits that say ‘I don’t want my son or daughter taking art,’ ‘I don’t want them taking this,’ well, I understand, but the Supreme Court has already spoken on that and they said you don’t have that choice.”

“[E]ducation for the voiceless child who can be conscripted at their parents’ will to what they want is important to the state’s interest because education is the foundation for a society.”

Parents conscript the rights of their children? Theater? This guy sure doesn’t leave very much room for the notion of the primacy of Jewish values for Jewish children. And, plainly, these statements reflect a mindset in which the state has greater rights than parents.

Opponents of yeshiva education will be back. Let’s watch out for them. 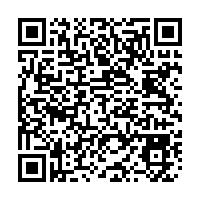