The systematic and pervasive purge being conducted by Turkish president Recep Tayyip Erdogan is fueling analyses in many quarters that Mr. Erdogan is using the recent abortive coup as a vehicle for realizing his long-held desire to assume near dictatorial powers.

Indeed, many now fear that the biggest casualty of the recent events in Turkey will likely be Turkey’s heretofore growing democracy. Given Turkey’s key role in NATO, this will force Turkey’s NATO allies, particularly the United States, to make a choice between working with a country liable to be led by a dictator for the foreseeable future or drumming Turkey out, thereby undermine the alliance.

It is also likely to lead to a revisiting of events surrounding the Arab Spring when the U.S. and other nations threw in their lot with domestic challengers of several dictatorial governments. The U.S. of course had by then already deposed Saddam Hussein.

Although many of the dictators in question were savage despots, they kept their countries together. Indeed, it was because Saddam Hussein was no longer on the scene that ISIS was able to come into existence, establish its pseudo-caliphate, and wreak the murderous havoc it has.

This is a singular moment for the United States. President Obama has vowed that Syrian president Bashar Assad will not survive in office, but that vow affects American efforts in the region to eliminate ISIS because it means Syrian rebels seeking to oust Mr. Assad will not be challenged by any firepower the U.S. directs at ISIS, which has seized much of Syria.

Yet the rebels’ success in diminishing Mr. Assad’s power works against the goal of defeating ISIS. Further, the Russians, who are also trying to defeat ISIS, are supportive of the Assad regime and opposed to the rebels.

So any possibility of joint and effective action to destroy ISIS is undermined by the U.S. refusal to accept the survival of Mr. Assad. 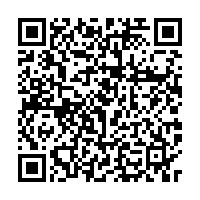