I have long been distressed about the excessively loud music at simchas. I therefore would like to commend Rebbetzin Esther Jungreis for her July 8 column on the subject.


I commend the gemachs that offer headgear to protect babies’ delicate ears. Much more needs to be done, however. I know of adults who have permanent hearing loss because of exposure to very loud music and I have read that such exposure can cause tinnitus, headaches, and ear pain as well.

If people cannot engage in a normal conversation, this is an indication that the music is too loud. What enjoyment is there to dance to earsplitting music that can damage the health of men, women, and children? We are supposed to guard our health and do no harm to others.

I love to dance, to give joy to a kallah, but in recent years, as the music has become more and more deafening, I find myself having to leave the room.

Let us all make every effort to lower the volume of the music at our simchas so that everyone can enjoy the dancing in good health, as well as being able to speak to each other without straining voices and ear drums.

May all of Klal Yisrael enjoy true simchas.

Hillary Clinton certainly missed the boat in her historic acceptance speech at last week’s Democratic National Convention. It’s very clear where the real “first” of the feminist movement took place. The story is told in parshas Pinchas, which of course was the parshah during the week of the convention.

The daughters of Zelophedad wanted the “the same right of territorial possessions as that which applies to male members of our tribe.” And Hashem approved that right – for Jewish women to own land in Israel. That was thousands of years before the United States came into existence.

It’s a shame Hillary’s advisers missed that. It’s right there in the Bible. It might not have been politically correct to say that Jews had recognized the rights of women long before Susan B. Anthony, Gloria Steinem….and Hillary Clinton. But it would have been oh so cool.

Editor’s Note: Mr. Glazer is in his 50th year of teaching history at Bruriah High School for Girls in Elizabeth, New Jersey.

Dennis Prager’s op-ed article backing Donald Trump’s candidacy (“Given the Alternative, I’ll Take Trump” July 29) plays on fears more than facts. Every respectable observer of our courts has concluded that Supreme Court nominee Merrick Garland is no leftist, but Prager makes it appear that this likely justice would be as activist as Ruth Bader Ginsburg and Sonia Sotomayor.

Concerning fracking, small-town residents who found poisoned water in their taps certainly would not agree with Prager’s support for such a dangerous fuel extraction measure.

And we’ve seen that lowering corporate taxes has not brought better wages to workers as much as higher payouts to executives.

Finally, if he fears that Washington D. C. or Puerto Rican statehood would give the Democrats more Senate seats, he has his own party to blame for this. If the Republicans had done more outreach to Latinos and blacks instead of disparaging them, perhaps these two potential states would be more receptive to electing Republican candidates.

The choice of Hillary Clinton over Trump is not one of bad versus worse, but of rational over irrational. 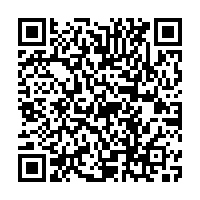