Last week’s post was about the opening of the Palestine Museum without exhibitions, an empty museum as a metaphor for an empty, false claim to an Arabic-Palestinian nationalism that never existed and doesn’t really exist today.

One of the comments I received in reply was this: “There are many ways to uphold one’s own culture and heritage, without demeaning someone else’s. That’s what peace-building is all about.”

That, of course, is a statement I very much agree with and have been educating students and youth with that message for many years. I always stress that hatred of the other guy, even a proven enemy that has a track record of trying to harm us, (in Israel’s case that means the Arab states and too much of Arab society) is not a solid basis for our nationalism. Hating Arabs is immoral, stupid, an evil that contaminates the heart – and in no way is it similar to the positive, self-confident and self-aware energy necessary for nation-building. I teach them that loving the nation of Israel, from our forefather Abraham to this day, is the real basis for a positive, creative and moral nationalism that is a blessing to the world.

It is true that hatred of the other precludes building a healthy nationalism. That is exactly why there never was, and never will be, an Arabic state of Palestine, because so-called Palestinian nationalism exists not because it has an authentic history, culture and origin – but because it was artificially created in order to foster more hatred of the Jewish nation and to further the cause of making war on Israel. That’s why no Arab state was created in our land in 1948, when the Jews established a state on the small piece of our land the UN designated for us. That’s why there was no Arab Palestine established between 1948 and 1967 – when Judea and Samaria were not in Israel’s hands. That’s why in all the negotiations – the Arabs refuse to sign a final agreement that would give them a state alongside Israel – because the spirit of the Arab Palestinian movement is not a drive for self-expression, but an irrational, immoral urge to stamp out Jewish self-expression.

That’s why the museum – symbolically – was empty at the opening.

That date – the ninth of Av – is a day in which Jews fast and mourn the destruction of the Temple and Jerusalem. Throughout a long exile Jews never forgot where they came from, where their holy city was, and to where they yearn and expect to return.

That date – the ninth of Av –is also the date that the Jewish fortress city of Beitar fell to the Romans, in the year 135, bringing the tragic end to the Bar Kochva Revolt against the Romans that had started in 132, after a decade of preparations. It was after the suppression of that revolt that the Romans changed the name of the land from Judea to Syria Palestina – in order to erase the Jewish people. However, in the long run – justice prevails. Today: the Roman Empire is long gone, being just an archeological remnant in our land, while we Jews are back home in the Land of Israel, having rebuilt our land, state and the city of Jerusalem – with much positive energy, moral good work and effort, and full of love for all the Jewish people and all humanity. 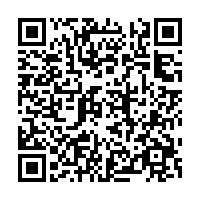