Given the decidedly short shrift the Supreme Court gave New York’s and other state’s efforts last year to apply Covid-inspired attendance limitations to gatherings for religious worship and other religious activity, many had expected that the high court would be generally receptive to the idea that individuals should be able to claim a religious exemption from the various vaccination mandates introduced in several states.

Yet, as reported by CNN, last Friday the Supreme Court rejected an emergency appeal from health care workers to block enforcement of a Maine rule that requires certain health care employees to be fully vaccinated against Covid-19. A group of unvaccinated workers had argued that the vaccine mandate violated their religious liberty rights. The workers urged the Court to temporarily enjoin implementation of the requirement until the case could be fully litigated.


However, in a major early Covid-19 case the Supreme Court noted that because the various laws allowed larger gatherings at hair salons and other retail venues, the laws did not meet the constitutional standard of neutrality in instances where religious practice was restricted. It ruled as it did in particularly pointed language: Government regulations are not neutral when they “treat any comparable secular activity more favorably than religious exercise.” Notably, virtually all of the state vaccine mandate laws provide exemptions to those who have medical reasons for not getting vaccinated.

To be sure, the medical exemptions were designed to avoid certain health problems to the objector, and the religious exemptions involved claims from individuals that their faith does not permit them to benefit from the vaccines because of the use of tissues obtained from aborted fetuses in the development of the vaccines. But this is a distinction without a difference in terms of the possibility of adverse impact on the general public.

Moreover, a pro-religion judicial tilt was especially anticipated in light of the Supreme Court’s decision last year in a case involving a Catholic foster care agency that was excluded from Philadelphia’s foster care program over its refusal to screen same sex couples as potential foster parents. The high court ruled in that case, Fulton vs. Philadelphia, that the city’s refusal to contract with the agency due to its same-sex couple policy violated the free exercise clause of the First Amendment.

The Maine vaccine mandate calls for certain designated health care facilities to require that their employees to get the vaccine. However, several of the workers went to court arguing that their constitutional right to the freedom of religion and their statutory right not to face religious discrimination on the job were being violated. They noted that while Maine offers an exemption for some medical situations, it does not provide for religious objections. And according to Justice Neil Gorsuch, who along with Justices Clarence Thomas and Samuel Alito dissented from the decision not to stay the law’s enforcement, Maine had failed to present any evidence that granting a religious exemption “would threaten its stated public health interests any more than its medical exemption already does.”

The decision is not a final one on the merits and may well have been driven by a hesitancy to override – even temporarily – the judgment of health authorities on a matter of major health policy without the benefit of a full record being made. In fact, the nominally conservative Justices Amy Coney Barrett voted with the Court’s liberal wing, said exactly this.

But no matter what one’s views on the vaccination debate, there is a separate and distinct issue in play. And that is how to ensure that Americans get to enjoy the freest and most robust right to practice their faith consistent with the commonweal. And from where we sit, we believe that the First Amendment mandates that the appropriate calculus must always include some special deference in the direction of religious freedom. Religious freedom, American style, has been key to what made this country great. We hope the Supreme Court agrees. 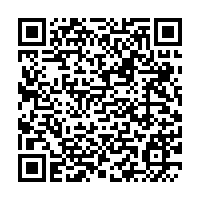