The revelation that President Joe Biden told reporters back on Nov. 4 that the effort to negotiate Iran back into a nuclear agreement is “dead” is a startling one. One would have expected the media to rush to tell us if the president announced his administration had definitively given up on trying to restrain any Iranian moves towards nuclear weapons capacity. It says a lot about President Biden that it took more than a month for the news to get out.

Yet the media’s timidity, of course, does not mean that Iran’s threat to the West has somehow magically receded. Indeed, Iran remains as one of the leading predator nations in the world. It is also important not to forget that Iran agreed to the Joint Comprehensive Plan Of Action (JCPOA) in the first place only because Western powers had said join “or else,” with the military option kept on the table along with crippling sanctions.

The logic of the West’s willing to go to war to prevent Iran from becoming a nuclear power is still sound. Iran was already a threat to its neighbors and largely acting with relative impunity.

But things have gotten steadily worse. As it turned out, Iran never intended to abide by JCPOA; and it exploited all of its many loopholes to continue its nuclear program apace, basically treading water the JCPOA would expire by its own terms in 2025.

To be sure, President Trump was criticized in some quarters for pulling the United States out of JCPOA. But the reasons he gave and Iran’s off-the-wall demands in the subsequent renegotiations showed precisely the ambiguities Iran wanted to preserve.

The Russian invasion of Ukraine has triggered a series of events which have drawn Iran and Russia ever closer together. As it appears, Russia is in desperate need of military assistance from Iran, which Iran seems only too happy to provide. One can only wonder what the quid pro quo will entail. To what extent will Iran be able to count on Russia in any dispute with the United States? With Israel? With any of its neighbors?

The idea that President Biden will issue a credible “or else” military threat to Iran seems remote. This also goes for the thought that he would ”unleash” Israel – which has often said that, if necessary, it would go it alone against Iran in order to eliminate what it sees as an existential threat to its security. So the question still remains, what exactly does he plan?

Besides the military course, there would seem to be few other options with similar prospects for effectiveness. Sanctions have not proven to be all that effective in impacting Iranian conduct. Pushing for regime change would doubtless also involve a military element of sorts and would also be an “iffy” proposition at best.

What does seem constructive is moving at breakneck speed to expand the Abraham Accords. The way we see it, there is no way that an Iran bogged down by crippling economic sanctions could, in the long run, rival Gulf states allied with Israel under the Abraham Accords banner as a place of opportunity for Russia and even China.

Isolating Iran from its putative allies may not be as decisive as military action. But it does have some logic to it. 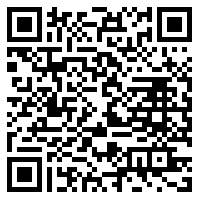