The facts surrounding the downing last week of the Israeli F-16 fighter jet remain somewhat murky, but from what we do know, the episode may mark a significant turning point in Iran’s continuing efforts to cement a foothold in Syria.

It had long been expected that Iran – which along with Russia has provided Syria’s President Assad key assistance in helping him keep his grip on power – would focus on maintaining a significant presence in Syria once Assad’s challengers were defeated.


To backtrack a bit, Israel shot down a drone, launched by Iranian forces from a command and control center located on a Syrian military base, after it penetrated Israeli air space. Israeli warplanes then attacked the command and control center, destroying most of it. One Israeli jet returning from the attack crashed in northern Israel after coming under Syrian anti-aircraft fire.

Following the crash of the warplane, presumably after having been hit by the anti-aircraft fire, Israel responded with another attack against eight Syrian and four Iranian targets in Syria, essentially destroying them.

Of course, this was hardly a victory for either Syria or Iran. Indeed, it appears that Israel’s resolve and ability to forcefully retaliate against challenges to its security was shown to be alive and well. But there are some aspects to the event that trouble us.

The F-16 is believed to be the most sophisticated warplane employed today and the Syrian anti-aircraft guns are considered vastly inferior to others that are currently available. In addition, you have to go all the way back to 1982 for the last time an Israeli warplane was lost in a combat operation (although there have been occasions since then when Israeli military jets were subjected to Syrian anti-aircraft fire).

So why all of this now? We can easily understand why Syria would have fired at Israeli warplanes as they crossed over Syrian territory and that they perhaps got lucky. Certainly the law of averages would have been on their side – both in terms of successfully targeting an Israeli plane and possible Israeli pilot error.

The fundamental question, though, is why Iran chose to send a drone into Israel on a spying mission at this time. To be sure, the Iranians may have done so on previous occasions and escaped detection, but that seems like a rather remote possibility. This may well be Iran’s way of trying to upstage the Russians, who have a formidable and up-to-date anti-aircraft capacity in Syria that they apparently have not made available to the Syrians.

Whatever its motivations for the drone mission, Iran obviously has its eyes on its role in the region in a post-Syrian civil war era, which raises ominous prospects for increased Iranian-sponsored terrorism and for renewed battles over the future of the Golan Heights. 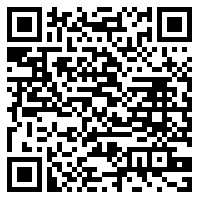