Many in the media have been dismissive of the legislation known as the Justice Against Sponsors of Terrorism Act (JASTA), sponsored by Senators Charles Schumer (D-NY) and John Cronyn (R-Tex), that would allow 9/11 families to sue Saudi Arabia as well as other foreign sponsors of terrorism.

The detractors claim a last-minute addition, one that empowers the attorney general and secretary of state to seek a stay in the proceedings in any case brought by the families, means the government could effectively stop the court actions dead in their tracks. We beg to differ.


The proposed legislation would provide a pathway for American citizens to sue other countries despite the general rule that foreign governments enjoy what is called “sovereign immunity” from lawsuits in brought in our courts. (Many lawsuits brought by 9/11 families were dismissed on this ground and actually were the stimulus for the proposed legislation.)

To be sure, the bill provides that once a case is commenced, “The Attorney General may intervene in any action in which a foreign state is subject to the jurisdiction of a court of the United States under [the law] for the purpose of seeking a stay of the civil action.”

It also does go on to say that “The Attorney General may petition the court for an extension of the stay for additional 180-day periods” and that “A court shall grant an extension under clause if the Secretary of State recertifies that the United States remains engaged in good faith discussions with the foreign state defendant concerning the resolution of the claims against the foreign state, or any parties as to whom a stay of claims is sought.”

But that is only the beginning of the inquiry. The key is that in the first instance a judge will have discretion and “may” deny the request for a stay if he or she is not persuaded by the government’s case. This is not the norm when there is a confrontation between Congress and the Executive Branch over a foreign policy issue because there is no provision here for a self-enforcing waiver that can be unilaterally invoked by the president and that Congress is helpless to challenge in court (even if the prerequisites for the waiver are plainly unmet).

An example of the latter is the Jerusalem Embassy Relocation Act of 1995, which required the president to move the American embassy from Tel Aviv to Jerusalem by 1999. If there were no such relocation, severe restrictions on the use of U.S. funds overseas by the president would kick in.

However, the law also provided that the president could unilaterally suspend the penalties for non-compliance in the interests of national security. And so every president since Bill Clinton has, with impunity, simply asserted that he had the authority to not only suspend the penalties but also the move of the embassy itself in the interests of national security. And that’s where the issue of moving the embassy stands to this day.

JASTA has not been passed by the House, where it faces an uncertain future. And if it does pass, there is a very real prospect of a presidential veto. But rather than being deemed an empty maneuver, the legislation should be recognized as an innovative way to boost the congressional role in foreign affairs as intended by the Constitution. 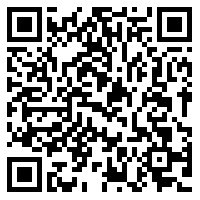