“Recently, Black Lives Matter issued a platform of demands. One of the demands called for the elimination of US aid to Israel. Their argument is that Israel is an apartheid state perpetrating genocide against the Palestinians,” Bishop Wooten wrote, noting that “most of the platform’s readers are likely unaware that its Israel/Palestine section was written by an activist who was born and raised as a Jew, although Rachel Gilmer says she no longer identifies as Jewish.”

Thank you, Bishop Wooten, for pointing out the smaller details of things, where all the pain usually resides, mostly personal, unresolved pain.

“The Ecumenical Leadership Council of Missouri, representing hundreds of predominantly African-American churches throughout the state, rejects without hesitation any notion or assertion that Israel operates as an apartheid country,” Bishop Wooten continued. “We embrace our Jewish brethren in America and respect Israel as a Jewish state. Jewish-Americans have worked with African-Americans during the civil rights era when others refused us service at the counter — and worse.”

Yes, dear reader, there’s an alliance between African Americans and Jews, there’s a friendship and an affinity — they just don’t exist on the extreme left of American politics. They probably never did.

“Anyone who studies American history will no doubt find the names Michael Schwerner, James Chaney and Andrew Goodman, two Jews and an African-American, who lost their lives trying to provide civil rights for blacks in the south,” Bishop Wooten noted, concluding, “We cannot forget their noble sacrifices. Neither should Black Lives Matter.”

The letter, which should bring any self-loving Jew to tears, reminded me of the joke about the European Jew who brags about Europe having the best museums and best culture, and what do you have in America, he asks? We, answers his Jewish American friend, have the best goyim. 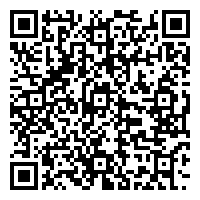