Ann Coulter is the author of five New York Times bestsellers, including the current Godless: The Church of Liberalism.

Coulter, who writes a popular and controversial syndicated column, is a frequent guest on many TV shows, including Hannity and Colmes, Wolf Blitzer Reports, Scarborough Country, The O’Reilly Factor.

Coulter consistently raises the ire of liberals, most recently when she castigated several 9/11 widows for using their status to score political points against the Bush administration.

America knows Ann Coulter’s views on liberals and liberalism in America, but little is known about her views on Israel. Ms. Coulter addressed that and other questions in an interview last week with The Jewish Press.

Jewish Press: Why is it that liberals can attack and ridicule you and other conservatives and it’s considered within the realm of free speech, but when someone like you lashes out at liberals you are silenced and castigated? How do you explain this liberal double standard?

Ann Coulter: You said it yourself: the famed liberal double standard (although I think now they’re calling it “multi-standardizing”). There’s one set of rules for them and another, much stricter set of rules for everyone else.

How do you explain the phenomenon of so many American Jews identifying with liberal views and policies that often go against Jewish interests?

Absolutely baffling. But it is changing. I believe about 40 percent of Jewish males under 30 voted for Bush in the last election.

Moreover, both America and Israel are quite popular with Jews who actually practice the Jewish faith in some way. President Reagan’s approval rating in the chassidic community was off the scale (something like 90 percent) – surpassed only by his approval from residents of Grenada.

Why, when it comes to terrorism in Afghanistan or Iraq, does the U.S. apply a strong hand – but when it’s Palestinian terrorism against Israel, there’s not the same tenacity and determination?

Probably because of the formidable left-wing lobby, which has now added anti-Semitism to its sins.

Many conservatives have been increasingly disappointed with President Bush’s performance on issues like immigration, the economy and of course the war in Iraq as it drags on. Do you share their dismay?

Like most, I am utterly baffled by Bush’s position on illegal immigration (amnesty for illegals, no serious wall at the border). But President Bush has fought the war on terrorism magnificently, completely ignoring liberal naysayers who want us to capitulate to savagery. For that, he deserves our support.

Even though the 2008 presidential election is still more than two years away, what’s your early guess of who the Democratic and Republican candidates might be?

Absolutely no idea. My most interesting prediction at this stage – since she is the clear front-runner – is that the Democratic nominee might possibly not be Hillary.

Have you ever written about Israel? If not, why not?

I rarely write about any country other than the U.S. There are too many big juicy fih to fry right here at home! Also, I’m a Protestant girl from Connecticut and there are many other capable writers who know a lot more about the subject than I do. In fact, I just started a screenplay about a Connecticut shiksa like me trying to become an expert on Israel. It’s called “Mission Impossible IV.”

Have you ever visited Israel?

No, but I have been to Miami if that’s any help…. Actually, I would like to go, but I’ve been too busy keeping my eye on liberals here at home for the past several years to have taken any vacations. My parents went to Israel a few years ago and loved it. I definitely will go some day.

While we know how you feel about liberals in America, what’s your opinion on the liberals in Israel like Shimon Peres, Ehud Olmert and others like them who gave away the Gaza Strip and plan to give away the West Bank, which many perceive as a victory for terrorism?

No one can be as contemptible as American liberals. I am informed, for example, that, in Israel, even liberals serve in the military.

What are your feelings

about the disengagement from Gaza last year? Since Israel’s withdrawal from the area over 500 rockets have been fired from Gaza into Jewish communities. Al Qaeda has moved into the territory abandoned by Israel. Iran is looking to establish an embassy there. Egypt has accused the Gaza terrorists as targeting them as well.

My first thought is that the Jewish people may not drive as hard a bargain as I’ve always been led to believe. I take it this is part of a long-term Israeli strategy to achieve lasting security by giving up some disputed areas while re-doubling efforts to protect their new, smaller boundaries with measures such as the security wall, which I understand has been very effective in keeping suicide bombers out. By the way, would you happen to know where the U.S. could get one of those walls? One about, oh, seven hundred miles or so long? No special reason, just curious.

What about the planned withdrawal from the West Bank, from which rockets can hit Jerusalem, Tel Aviv and Israel’s International Airport?

If you start a war and lose, you lose your land. Next.

Have you ever thought of running for elected office?

No, but if I did, I’d run for the U.S. Senate from New York. Those people will elect just about anybody!

Have you been threatened, physically or in any other way, for being so outspoken against liberals?

Frequently on college campuses – or as we call them, “America’s madrassas,” I’ve had food thrown at me and I’ve been cursed out in the foulest language imaginable.

Has the response to your new book been largely congratulatory or disparaging? 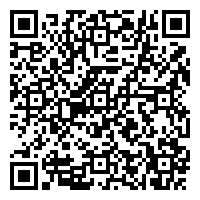