Below is the text of the letter sent by the Shurat HaDin Israel Law Center to the Coca-Cola Company:

Chairman of the Board and CEO

I am an Israeli attorney and principal of Shurat HaDin-Israel Law Center, a civilrights organization that represents American victims of terror in civil litigation in the United States courts.1 My colleague, Robert J. Tolchin, is American counsel to our organization. In addition, we have both been involved in efforts to counter racist, anti-Semitic, and anti-Israel campaigns designed to delegitimize Israel, including the second Gaza Flotilla.

Our organization is opposed to the BDS (“Boycott, Divestment and Sanctions”) movement, which is inherently racist, anti-Semitic, biased and prejudicial and has an extremist agenda that unfairly singles out Israel and Jews. The BDS movement’s goal is solely the destruction of the State of Israel and its Jewish community. It masquerades as a human rights movement, but it is singularly fixated on Israel and Jews and ignores egregious human rights abuses that do not feed its anti-Israel agenda. Thus, it ignores Hamas terrorists who shoot rockets into Israeli civilian population centers with the expressed intention of killing civilians; it ignores ISIS thugs in Syria and Iraq who routinely violate every imaginable human right as they kidnap and rape children, behead prisoners of war, burn prisoners of war alive in steel cages, and destroy archaeological treasures; they ignore the Syrian regime, with the aid of Iran and its proxy Hezbollah, dropping barrel bombs on civilian population centers; and they ignore Iran’s efforts to obtain a nuclear bomb, which is particularly alarming given its stated goal of genocide against the Jewish population of Israel. For the BDS movement to claim that it is in favor of human rights while ignoring all this is rank hypocrisy.

This letter is a warning to the Coca-Cola Company that it should rescind its franchise agreement with the Palestinian National Beverage Company, headed by Zahi Khouri, who openly advocates for BDS against Israel. The Coca-Cola Company should not affiliate itself with any person or entity calling for a boycott or similar effort against the Israeli government or the nation’s manufacturers, companies, products or services.

Khouri has supported for BDS in at least two op-ed pieces published in U.S. media outlets. Specifically, the Orlando Sentinel published an op-ed by Khouri in which he advocated for the BDS movement.2 On May 11, 2015, The Hill published another op-ed by Khouri in which he expressed his support for BDS and criticized Congress for trying to pass anti-BDS legislation.3 Khouri has also made patently false and incendiary statements accusing Israel of stealing Palestinian land and culture and comparing Israel to apartheid South Africa.4

We wish to put The Coca-Cola Company on notice that the BDS movement’s efforts are unlawful racial discrimination on the basis of national origin and/or race, creed and religion under the International Convention on the Elimination of All Forms of Racial Discrimination (“Anti-Racism Convention”) and numerous U.S. state and federal statutes:

These laws include the following:

any individual of employment opportunities or otherwise adversely affect his status as an employee, because of such individual’s race, color, religion, sex, or national origin. 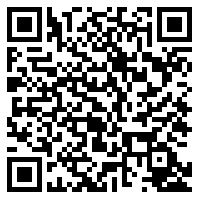