President Barack Obama has invited Prime Minister Binyamin Netanyahu for a “working visit” to the White House two weeks after a deal with Iran is to be signed but before Congress will decide whether or not to ratify it, State Dept. sources told Yediot Achronot.

The office of the Prime Minister made no comment, and time will tell if the White House is telling the truth by denying the report.


The visit is supposed to take place on July 15 or 16, according to the Israeli newspaper.

The timing makes perfect sense for President Obama, whose mastery as a manipulator cannot be matched by anyone except Prime Minister Netanyahu, which probably explains their war-like relationship.

If the report is correct, and it probably is, it means that President Obama is confident that the talks with Iran over its nuclear program will be over before then. Obama has set a deadline of June 30 for a deal, but if history is a guide, it likely will be extended by one or even a few days.

If there is no deal, then Obama can welcome Netanyahu and say, “See, I told you that you could count on me not to make a “bad deal.”

If there is a deal, Congress has 30 days to have its say, and Netanyahu would not have such an easy time denouncing the deal in the White House as he did in Congress last March. The Prime Minister would have to face the cameras as President Obama expounds on how much he has done for Israel while promising he will never, never, never allow Iran to have a nuclear weapon or do anything that would endanger Israel.

President Obama also would offer Israel large bribes of military aid in exchange for its buying the deal.

If Netanyahu were to speak out against it without being 100 percent sure of being able to prove it endangers Israel’s security, which is difficult because it means proving an hypothesis, he would have to do as he sits next to the President in the Oval Office, with the cameras capturing every body gesture and word.

Americans’ overblown patriotism does not suffer a foreign official publicly telling their president he is wrong Netanyahu would risk losing American support for Israel against the Palestinian Authority campaign for backing in the United Nations and International Criminal Court.

Obama could refrain from vetoing a Security Council vote to make the Palestinian Authority a full member of the United Nations, thereby giving it de facto recognition of its definition of Israel’s borders.

Obama may or not have led one of the United States’ most disastrous foreign policies, but he has done so by masterfully putting everyone else in their place.

Netanyahu is an excellent chess player, but he might be checked when playing on Obama’s board. 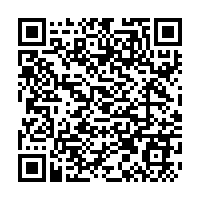