As you can see, the beds are merely mattresses, albeit new mattresses, placed on wooden pallets covered by cardboard boxes. 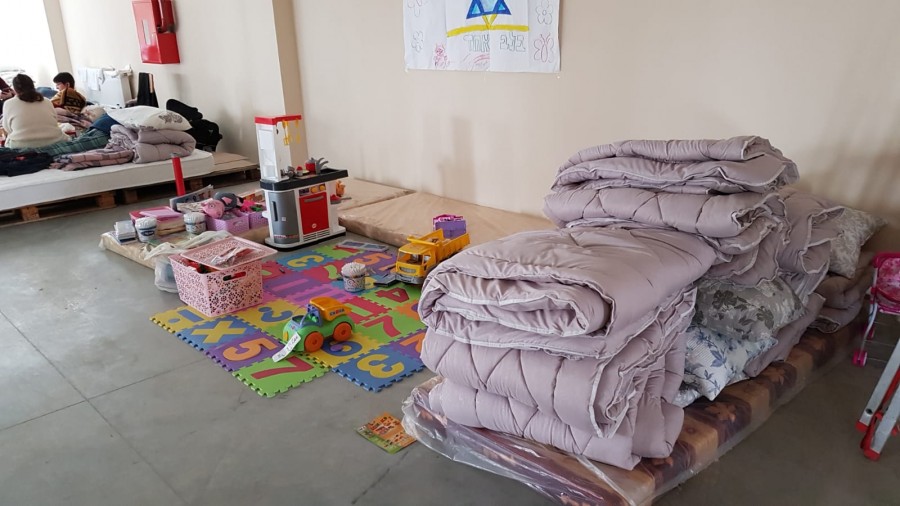 One thing the Moldovans have mastered par excellence is the skill of staying warm. The blankets here in Kishinev are heavy, warm, and reassuring. All of the refugees are presented with new quilts and pillows and new mattresses as well as new sheets and pillowcases for these beds. 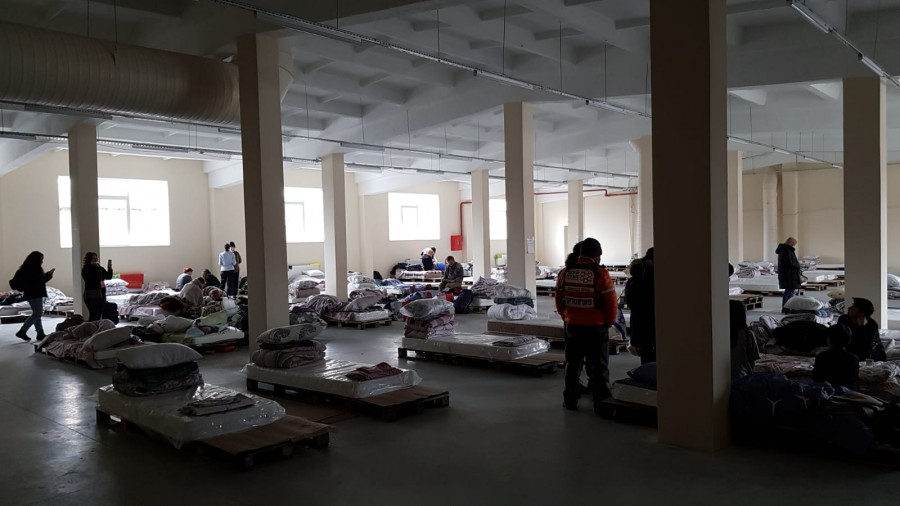 Life in the refugee camp, which is basically a huge lot or a warehouse with a gray – tiled floor and freshly painted walls with large windows that let in as much light as possible, is essentially a period of waiting and waiting until someone comes to explain the next step.

This building is a former printing house which has been converted to help the refugees from Ukraine. 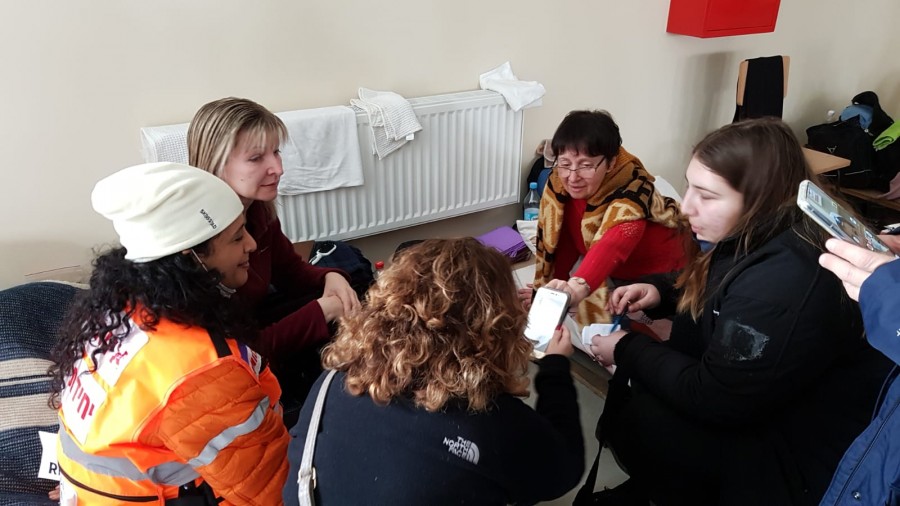 This woman is traveling to Israel tomorrow. She is showing the volunteers a picture of her daughter, who already lives there. She has been in this refugee camp for two weeks. 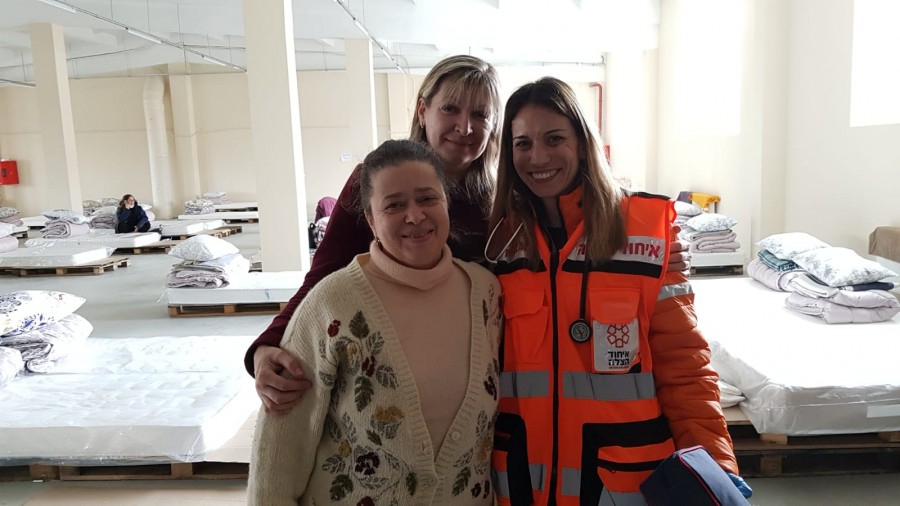 This woman has just received permission to enter Israel and will fly tomorrow. 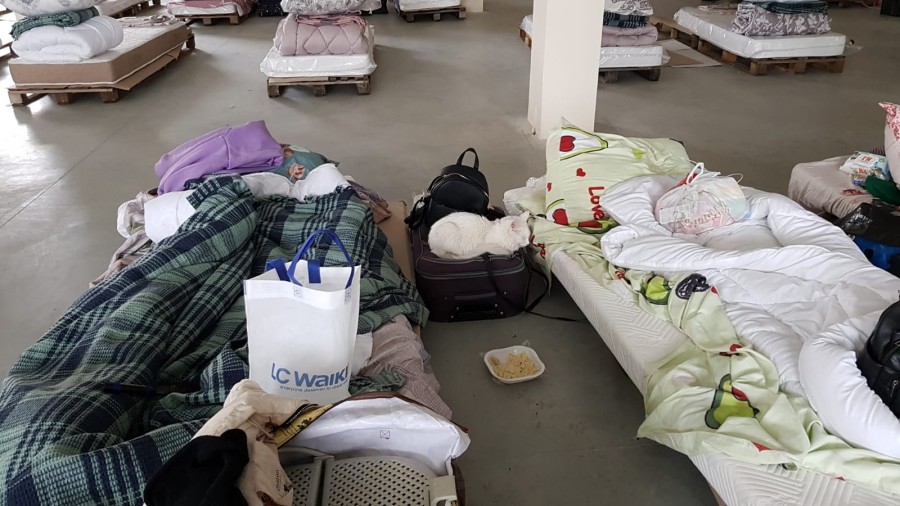 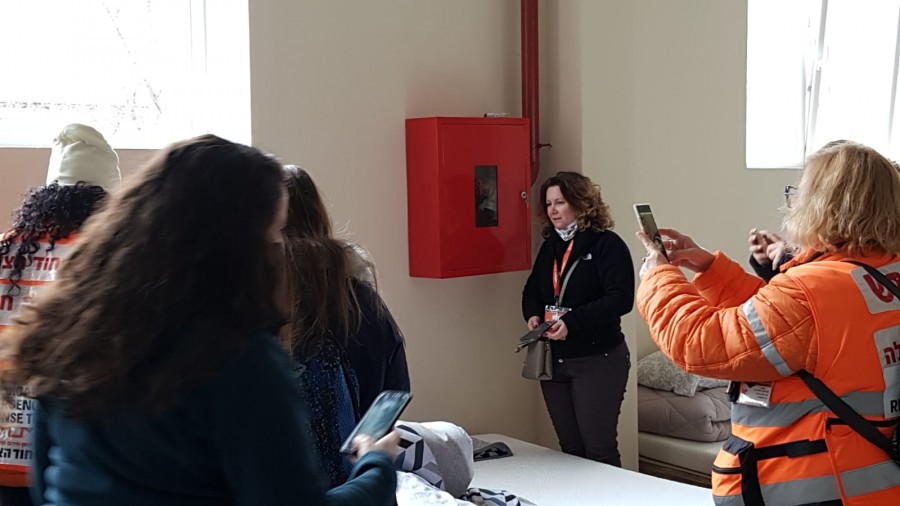 MK Michal Rozin speaking with invalid who wants to go to Israel. Michal Rozin is the chair of the Meretz party faction and is on the Health Services committee in the Knesset. 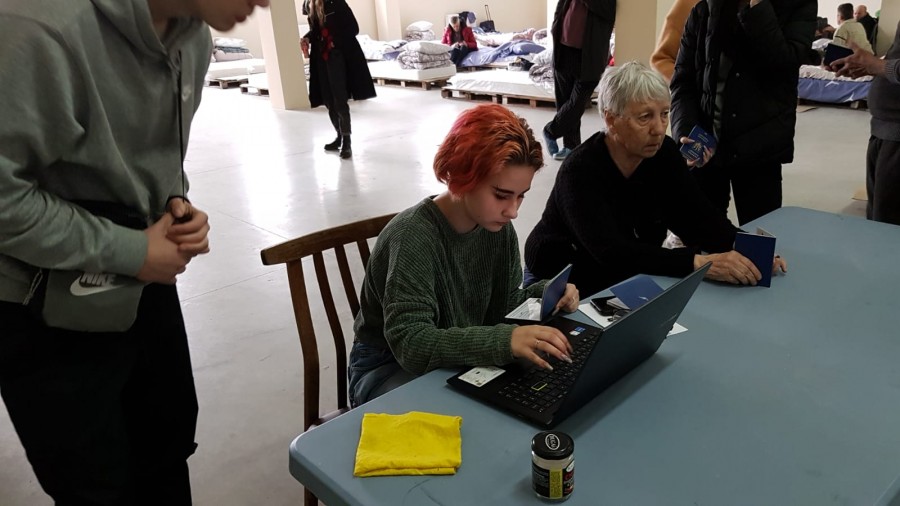 This woman is taking down the names and passport numbers to register the refugees for the flight to Israel. All of the refugees from Ukraine who are in this refugee camp in Kishinev at present are Jewish, according to United Hatzalah spokesperson Rafi Poch. 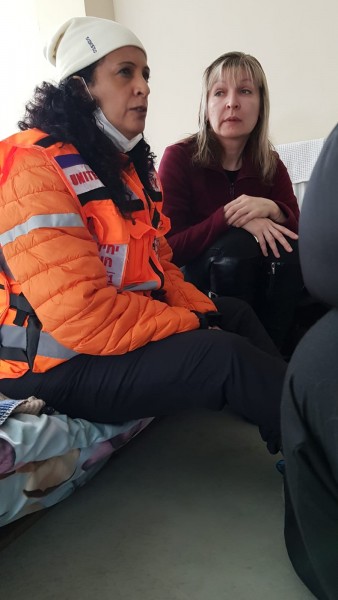 Psychotrauma expert from UH speaks with a refugee from Nikolaiev scheduled to fly Thursday to Israel. She has a medical condition being assessed by the team. 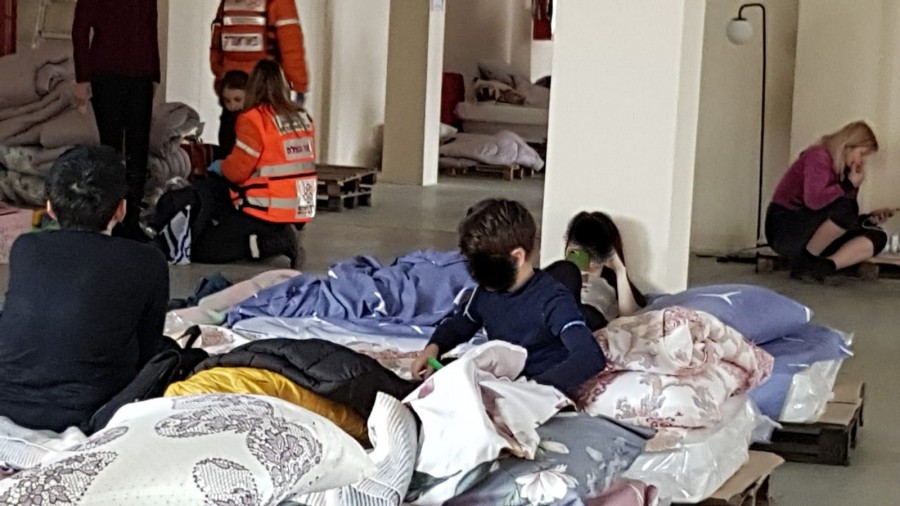 There are children here. There are also adults in their thirties and forties and fifties, end senior citizens as well. Their entire lives forecast in two backpacks, small suitcases, carry on duffel bags Dash whatever they were able to grab in a hurry that could contain the important things in their lives. When it comes to suffering, and hoping, and waiting, there is no difference between them. 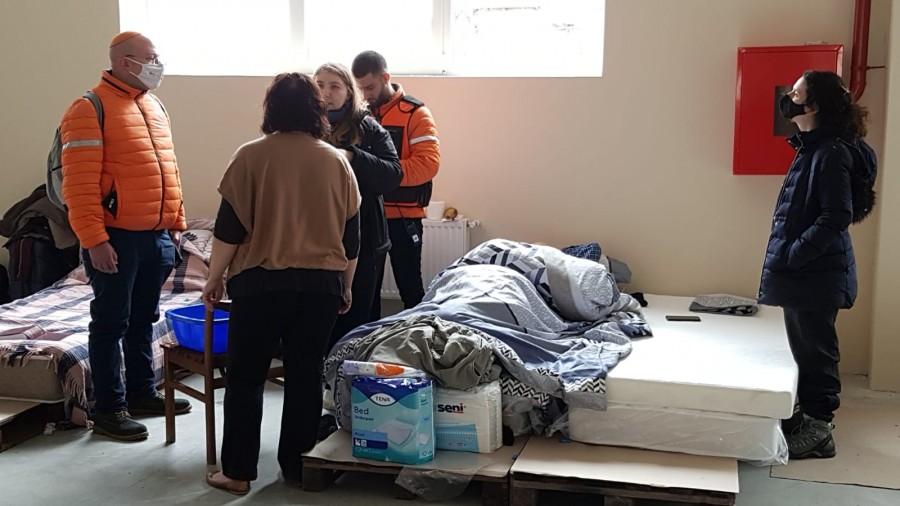 This elderly man is bedridden, and cannot move on his own. He is Jewish. His aide, the woman in the beige sweater (who happens to be his ex-wife), is not Jewish and has no relatives in Israel. This presents a dilemma because even though this elderly man is eligible to enter the Jewish state his aide who brought him across the border on her own risking her life to do so cannot enter Israel according to what she tells the United Hatzalah Team. Fortunately, there is a Knesset Member here as well, Michal Rozin, who said she will do what she can to resolve this problem. She has asked for his name and passport number and she is in the process of facilitating his entry to Israel together with his loyal aide. Just one of the thousands of stories coming out of Ukraine. 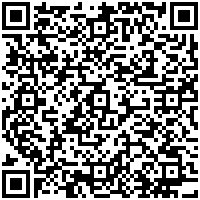