All the neighbors sat there; they sat together. They sat on folding chairs they had carried down the stairwell to the building’s bomb shelter when the siren sounded that day in Jerusalem. Five families sat in the shelter. All at different stages in life, assorted ages, ranging from two to eighty-two.

For most, it wasn’t the first time. They had known wars, and squatted in shelters before. They survived the Holocaust, they made it through Israel’s War of Independence, they had been called up to serve in the Sinai War, and they were certain they would survive this war, too.


The American family that lived on the first floor had never known war, never experienced a bomb shelter, or a siren – a siren in real time. The kind of siren that puts the fear of

G-d into heart and mind. They were a young couple, born and raised in the States. They had heard stories about war, had read about other people’s wars, had seen movies about war, but they had never experienced war first-hand.

The young American, barely out of her teens, sat on a folding chair in the bomb shelter with her two-year-old son on her lap.

Her four-year-old daughter was in the local kindergarten.

When the siren wailed throughout Jerusalem on the morning of June 5, 1967, her husband was in Boys Town, a yeshiva and vocational high school in Bayit Vegan (a Jerusalem neighborhood), fulfilling his duties as one of the few staff members in charge of the school, as most rabbis and teachers had been called upon for reserve duty in Israel’s Defense Forces.

Elie Wiesel is often quoted, “Whoever survives a test, whatever it may be, must tell the story.  It is their duty.”

Telling the story – the miracle story of the Six Day War – is my duty, and I have shared the story not only with my children and grandchildren, but also with a great granddaughter’s kindergarten class, my grandson’s third grade class, with teenage American yeshiva students on a one-year program in Israel, and with American girls at a one-year seminary program.

This year I was invited to share my fifty-two-year-old story with a group of young Israeli couples – couples who asked to hear, because they care about the story.

“How did it feel to be that young woman, the only young woman in the shelter?”

“The heat that day should have melted a frozen chicken, yet I was frozen with fear,” I answered the young woman who was trying to imagine herself in that place, at that time.

There weren’t any teenagers sitting among us in the shelter. We were adults and children – older, established, educated, intelligent adults. I was the only young adult, with my two-year-old on my lap, frightened that at any moment the shelter would be ravaged by Jordanian Legionnaires who were stationed on rooftops, maybe half a mile up the road from our apartment building that graced a once green valley.

Could it be that I had seen too many movies, or read too many stories, or I had an overactive imagination? Not likely. I had seen those Legionnaires on the rooftops of the Mamilla shops on the border, and I had seen them shoot at innocent Jewish civilians on the street below. My fear was real.

“You are a true gibora,” I heard her say. “You didn’t leave with all the Americans as instructed to do by the American Consulate.”

Gibora? Me? A hero? Strong? Who was she talking about?  I was terrified. I should have listened to all who begged me to leave with the children. I was a fool, or so I thought sitting in the shelter that morning, not knowing how or when my four-year-old daughter would return from the kindergarten; worried whether I would ever again see my husband, or my parents.

The soldiers in the artillery corps stationed in the valley beyond the door of our shelter were busy shooting canon shells over our heads to the Old City. We held onto our chairs so as not to be blown off our seats each time we heard the countdown of the soldiers:  “Three … Two … One – FIRE!!!”

Forty-eight hours later, the concrete walls and barbed wire fences that had divided Jerusalem for nineteen years, crumpled and collapsed to the ground. After nineteen years of illegal Jordanian occupation, the Temple Mount was seemingly in our hands, and the Wailing Wall was once again approachable, receptive to our tears, to our prayers, and our thanksgiving.

Rabbi Jonathan Sacks interprets Moshe’s instructions to the people of Israel with a message that is reiterated three times in Parshat Bo:  “Tell your children the story.”

Reenact the drama. Make sure that you tell the story as your own, not as some dry account of history. Say that the way you live, and the ceremonies you observe, are “because of what God did for me” – not for my ancestors, but for me.

And I tell my personal story – every year, on Yom Yerushalayim. 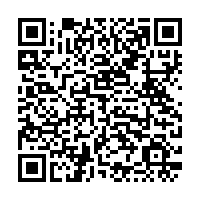