Editor’s Note: Jamie Glazov of FrontPageMag.com recently interviewed Ion Mihai Pacepa, the former acting chief of Communist Romania’s espionage service and author of the international bestsellers “Red Horizons” and “The Black Book of the Securitate.” Following are some highlights of their discussion:

Glazov: As a former Romanian spy chief who used to take direct orders from the Soviet KGB, you are obviously armed with a wealth of information. You have written about how the Soviets armed Saddam Hussein with WMD and also taught him how to eliminate any trace of them. Can you talk a bit about this and tell us its connection to the “missing WMD” in Iraq today?

Pacepa: Contemporary political memory seems to be conveniently afflicted with some kind of Alzheimer’s disease. Not long ago, every Western leader, starting with President Clinton, fumed against Saddam’s WMD. Now almost no one remembers that after General Hussein Kamel, Saddam’s son-in-law, defected to Jordan in 1995, he helped us find more than one hundred metal trunks and boxes containing documentation dealing with all categories of weapons, including nuclear. He also aided UNSCOM to fish out of the Tigris River high-grade missile components prohibited to Iraq.

That was exactly what my old Soviet-made “Sarindar” plan stated he should do in case of emergency: destroy the weapons, hide the equipment, and preserve the documentation. No wonder Saddam hastened to lure Kamel back to Iraq, where three days later he was killed together with over 40 of his relatives in what the Baghdad official press described as a “spontaneous administration of tribal justice.” Once that was done, Saddam slammed the door shut to any UNSCOM inspection.

So was any Sarindar plan activated?

Certainly. The minimal version of the Sarindar plan I made for Libya’s Khaddafi. Soon after I was granted political asylum in the U.S., Khaddafi staged a fire at the secret chemical weapons facility I knew about (the cellar underneath the Rabta chemical complex). To be sure the CIA satellites would notice that fire and cross that target off its list, he created a huge cloud of black smoke by burning truckloads of tires and painting scorch marks on the facility. That was written in the Sarindar plan. To be on the safe side, Khaddafi also built a second production facility, this time placed some 100 feet underground in the hollowed-out Tarhunah Mountain, south of Tripoli. That was not in the Sarindar plan.

It is undeniable, therefore, that Saddam had WMD, right?

In the early 1970’s, the Kremlin established a “socialist division of labor” for persuading the governments of Iraq and Libya to join the terrorist war against the U.S. KGB chairman Yuri Andropov (who would later become the leader of the Soviet Union), told me that either of those two countries could inflict more damage on the Americans than could the Red Brigades, the Baader-Meinhof group and all other terrorist organizations taken together.

The governments of those Arab countries, Andropov explained, not only had inexhaustible financial resources (read: oil), but they also had huge intelligence services that were being run by “our razvedka advisers” and could extend their tentacles to every corner of the earth.

There was one major danger, though: by raising terrorism to the state level we risked American reprisal. Washington would never dispatch its airplanes and rockets to exterminate the Baader-Meinhof, but it might well deploy them to destroy a terrorist state. We therefore were also tasked to provide those countries secretly with weapons of mass destruction, because Andropov concluded that the Yankees would never attack a country that could retaliate with such deadly weapons. 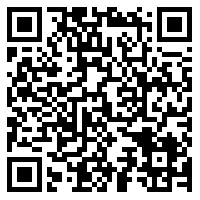