It is one thing to argue that demographics or political realism necessitates withdrawal, but in a speech last week in Washington, Shimon Peres said that Israel has no moral claim to any of the territories captured in 1967.“If you keep 10 percent of the land you keep 100 percent of the conflict… It is not a political decision, it is a moral decision,” he said.Peres, then, should view the Clinton Plan, under which Israel would have annexed about 5 percent of Judea and Samaria, as immoral, since it did not call for a 100 percent withdrawal. Peres should presumably also agree with Yasir Arafat’s rejection of Israel’s concessions at Camp David and Taba.In contrast to Peres, Ehud Barak has disavowed the Clinton Plan in favor of his more modest offer at Camp David, which would keep about 8-10 percent of Judea and Samaria and all of Jerusalem’s Old City under Israeli control.Peres did not explain why in the 1970’s he spearheaded the construction of many new settlements if Israel has no moral claim to Judea and Samaria. Instead he pretends he never was a leader of the settlement endeavor. Labor used to stand for the principle that Israel should make territorial concessions for peace, but would permanently retain the Jordan Valley, Gush Etzion, the settlements near Jerusalem and an undivided Jerusalem. That was Yitzhak Rabin’s position during both of his stints as prime minister.The Rabin assassination caused Likud to moderate its views, but whenever Likud has moved leftward, the Left has taken a more extreme position. When Benjamin Netanyahu accepted Oslo and gave up Hebron, the Left attacked him for tying progress in the Oslo process to Palestinian compliance with agreements. When Ariel Sharon accepted the idea of a Palestinian state and “painful concessions,” the Left castigated him because he did not specify those concessions.Now that Sharon has announced that Israel will unilaterally withdraw from Gaza and part of Judea and Samaria, the Left has responded by saying that too is not enough, that instead the withdrawal must be to the ’67 borders.While the Left is winning the ideological battle over partition of Israel, the Jewish presence in Judea and Samaria remain significant. Now that Likud is identified as the supporter of a presence in Judea and Samaria, Labor and Peres, once advocates of settlement, actively oppose and undermine that presence.* * *The most objectionable aspect of Mel Gibson’s “the Passion of the Christ” is its portrayal of the Romans as too weak to withstand Jewish pressure. These were the same Romans who murdered at least 1.6 million Jews, brutally occupied Israel, destroyed the Temple, emptied the land of Jews, and tortured countless Jews to death, most notably Rabbi Akiva. Three of the six Jewish fast days — Tisha b’Av, Asara b’Tevet and Shiv’ah Asar b’Tamuz — mourn the spiritual and physical destruction of Israel and the Jewish people at the hands of Rome. To the extent that the film reenacts reports in the Gospels, “The Passion” may be politically incorrect but consistent with fundamentalist Christian theology. At the same time, though also politically incorrect, Jews have a right to say what almost all of us think: That the theological issue of Jesus’s divinity aside, a lot of what is in the Gospels amounts to a false and anti-Semitic blood libel written to justify persecution of Jews.Of course, in wider forums it is useless to say this explicitly, just as most people prudently keep quiet when President Bush and others insist on proclaiming Islam a religion of peace. Muhammad signed a treaty with the Jews in Medina, broke it a few years later, murdered the Jewish men, and distributed as chattel the surviving women and children.Some Jews went overboard in their opposition to “The Passion,” but most expressions of concern were appropriate. Measured opposition was necessary even if it helped publicize the movie.Jewish conservatives often are right when they criticize secular Jews who automatically toe the liberal line, but lately some Jewish conservatives seem to be reflexively acting as apologists for right-wing stances no matter the circumstances. Rabbi Daniel Lapin, film critic and talk show host Michael Medved, and writer David Klinghoffer all have strongly defended “The Passion” — and as reported by JewishWorldReview.com and The Jewish Press, Rabbi Lapin and others, in the interest of opposing gay marriage, aligned themselves with a Muslim group thataccording to reputable critics supports terrorism.* * *While generally informative, polls can be distorted to further a political argument. For example, two weeks ago in The New York Jewish Week, Aaron Ziegelman cited a recent poll of Palestinians as proof that Palestinians sincerely want peace. He wrote that the poll showed that 77 percent of Palestinians “favored reconciliation between the two peoples after reaching a peace agreement with Israel, 87 percent supported ‘open borders between two states’ and 83 percent endorsed a ‘mutual cessation of violence.’ And if there were an agreement to stop violence, 53 percent would support a crackdown on those who would continue violence.”Ziegelman lamented that 87 percent supported murder of Israelis, but insisted that nevertheless “the evidence is fairly clear: For most Palestinians, armed confrontation is viewed as a short-term tactic leading to an end to the occupation and eventually, to two states, not one.” Ignored by Ziegelman were results from the same poll suggesting just the opposite: 72 percent of Palestinians rejected compromise on the refugee issue and 55 percent rejected an agreement to end to the conflict that would bar any further claims. Even after the implementation of a permanent peace agreement, 88 percent would reject adopting a school curriculum that recognizes Israel and teaches children not to demand all of historical Palestine, while 54 percent rejected outlawing incitement against Israel. The two most popular Palestinian leaders were identified as Yasir Arafat and Hamas leader Ahmed Yassin. 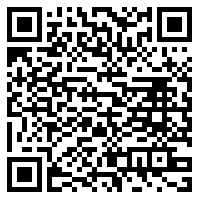