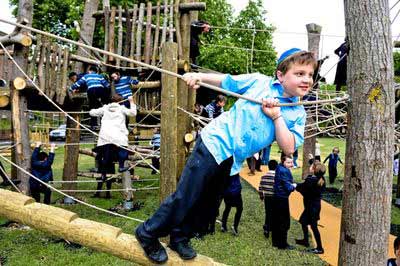 Seen through their eyes, everything excites. A ride on the bus, horses, a caterpillar on the playground, ice cream, cousins, dollar-store tchotchkes, construction equipment, snow… Life is wondrous. Questions bubble up like lather (another object of childhood wonder) as everyday items and quotidian rituals hold the seeds of untold possibilities. That’s one reason why spending time around children, whether our own or someone else’s, is one of the best antidotes to cynicism, negativity, and general world-weariness.


Recently, I’ve come to realize that children’s unique perspective also holds the key to strengthening our connection to Torah and, even more important, to Hashem.

Yesterday, my son and his Pre-1A classmates joyfully received their first siddurim. The “siddur party,” so lovingly and meticulously organized by his teachers at MTJ (Mesivta Tifereth Jerusalem), had shone like a beacon on our fridge calendar for many weeks. My son could not wait for the day to arrive. Night after night, as he practiced kriah from an oversized siddur my husband had given him to use as a stand-in for his own, he would gaze at the bookshelf and imagine aloud how wonderful it would be to have his own siddur. He would ask, “When will I get all the sefarim Daddy has?” – and we would explain the pedagogic path from Chumash to mishnayot to Gemara, and that his bar mitzvah milestone several years away would hopefully bring a windfall of Torah volumes to call his own. (May he only be as happy to receive sefarim gifts then as he is now!)

When the day came, we struggled to keep up as he ran almost all the way to school, not wanting to be late for the festivities. Yes, he was excited about the ice cream after-party and the many prizes his morah had prepared – one for each letter of the aleph bet – but the sight of our little boy clutching his siddur to his chest for the class photo said it all. Like a teenager’s first cellphone, it represented a door opened, a ready line, an invitation to commune with the Creator which most of us take for granted.

One grandfather in attendance, a rabbi himself, remarked that the siddur play reminded him of a Chag Hasemicha – so high was the spiritual level of the proceedings. Making them even more special was the presence of the gadol hador Rav Dovid Feinstein, shlita – though in his role as great-grandfather of one of the boys rather than as rosh yeshiva of MTJ.

It was a sight to behold: a room full of men and women of various ages and backgrounds, all drawing inspiration from a group of mini-talmidim taking a momentous step toward becoming full-fledged links in the chain of Klal Yisrael. Perhaps this is what the navi Yeshaya meant when he prophesied, “V’na’ar katan noheig bam” – “and a little child shall lead them” (Isaiah 11:6, containing the famous prophecy about the wolf dwelling side by side with the lamb).

The siddur play took place just before Shavuos, which might be, if you’ll forgive the term, the stepchild of Jewish holidays. Short in duration; no curious or colorful minhagim or mitzvah­-foods (as much as we love cheesecake); no specifically youth-oriented customs. Coming on the heels of Pesach – which my children, like many, find endlessly exciting – Shavuos can easily seem basically like a two-day Shabbos. And yet, for a little boy newly in possession of his very first siddur – and whose morahs cleverly thought up a shtender to use with it as a Shavuos project – what could be more wonderful than a celebration of Matan Torah?

Students, it is often said, teach their teachers as much as the reverse; so, too, do children teach their parents. Preparing for Yom Tov, cleaning for Pesach, surviving the “long” Shabbosim – the Jewish calendar can at times find us jaded and uninspired, not to mention stressed by the necessary physical and financial outlays. And most of us verbalize these thoughts from time to time, directly or indirectly. When we do, we infect our children with the cynicism that is so foreign to their young souls and so antithetical to the faith posture we would like to nurture – in ourselves as well as in them. 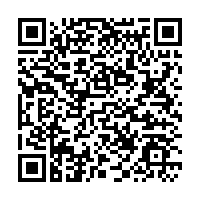