Adel Hidmi, a terrorist who served two prison terms following his involvement in planning a suicide bombing and other terror activities, received his doctorate in chemistry at Hebrew University this past week.

A resident of east Jerusalem, Hidmi was convicted in 1992 for his involvement with terrorist organizations and served ten months in prison. Despite his record, Hebrew University accepted Hidmi as a doctoral candidate where he began his double career as a chemistry student and terrorist networker, according to a news report in Israeli newspaper, Maariv.

During his doctoral track at Hebrew University’s Department of Chemistry, Hidmi was approached by two Palestinians in Ramallah and asked to locate a man ready to carry out a suicide bombing in Jerusalem in 2002. With the backdrop of the second Intifada and a slew of suicide bombers frequently carrying out attacks, in the midst of writing academic papers, Hindi was able to find a suitable candidate to carry out the bombing.

Three days before the attack was to be carried out in central Jerusalem, an elite army unit arrested the two Palestinians in Ramallah and Hidmi was arrested in Jerusalem. Shin Bet representatives stated in a Jerusalem court that Hidmi had been taking advantage of his Israeli citizenship to organize suicide attacks against civilians.

A Hebrew University cafeteria had also been the deadly target of a terrorist bombing that killed nine students and staff that same year.

When Hidmi was released from prison after serving three years for his terror activities, he requested to complete his doctorate at Hebrew University. An internal committee at Hebrew University gave him the go-ahead, but on a condition. Because Hidmi’s work centered on chemistry experiments which could aid in developing explosives according to Maariv, the university did not allow him to use their laboratories. Hidmi thus completed his research based on past experiments.

This past Sunday, Hidmi was awarded his doctorate degree along with 375 other researchers at Hebrew University’s Mount Scopus campus. Hebrew University released a statement declaring that “The University does not prohibit those with criminal backgrounds from studying within its gates. The work of Adel Hidmi – who completed serving his sentence – was considered academically worthy and he met all the requirements to receive doctorate degree. With that, note that Hidmi did not receive permission to use the university labs after his conviction.”

“I think it’s going too far to allow someone with Himdi’s record to study at Hebrew University,” said Elan, a third-year student in politics and communications. “It’s one thing to have a criminal record, but to have a terrorist record is entirely different matter.”

On Wednesday afternoon, Hebrew University criminology student, Adi Golan organized a protest against the university’s decision along with other student movements including Im Tirtzu.

“We organized this protest because we don’t believe it’s legitimate to allow someone who has a terrorist background to earn a doctorate in a subject like chemistry,” Golan told Tazpit News Agency. “Who knows how he [Hidmi] will use the academic and research knowledge he gained against Israel in the future?” she asked. 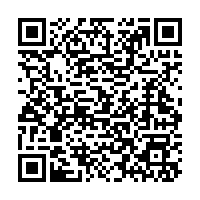