Their morale had never been lower. Their need for clarity of vision was never greater. Nearly 150 years after Yosef’s death, Miriam was born as the eldest child to Amram and Yocheved. Her parents were distinguished people from the tribe of Levi, generational leaders at a most difficult time for the burgeoning Hebrew nation. In the short period following the passing of Jacob’s sons, their people had been increasingly subjected to the rigors and oppression of harsh slavery in Egypt.

And Yosef died, and all his brethren, and all that generation…. Now there arose a new king over Egypt, who knew not Yosef. And he said unto his people: “Behold, the people of the children of Israel are too many and too mighty for us. Come, let us deal wisely with them…” And the Egyptians made the children of Israel to serve with hard labor. They embittered their lives with hard labor, with clay and with bricks and with all kinds of labor in the fields, all their work that they worked with them with backbreaking labor.     [Shemos 1:6, 8-10, 13-14]

The servitude intensified around the time of Miriam’s birth, and would remain at that augmented level until her nation’s liberation some 85 years later.

Already at a young age Miriam played a significant role in countering the effects of the Egyptian oppression. The biblical narrative records how she and her mother, Yocheved, midwives by trade, saved countless male Jewish babies in the face of a royal decree that had directed them to cast those newborns into the Nile. The midwives defended their conduct to Pharaoh by asserting that Jewish women naturally birthed quickly, like beasts in the field, greatly diminishing their capacity to kill the children.

It was not enough that Miriam defied the mighty monarch. She also took a stand against her father, Amram – the leading generational sage – after he divorced her mother. Amram’s action was reasonable enough; once he learned of Pharaoh’s wicked decree, he decided he would bring no more children into the world. Why beget offspring only for them to be murdered at birth? All the men followed his example and summarily divorced their wives as well.

Young Miriam vehemently objected. Despite her youth, she saw farther and had greater conviction and trust in Hashem than even her great father. She knew that having children was the ultimate life-affirming act and understood that her people could not allow Pharaoh to break their spirit or destroy their will. She was also convinced that Hashem would redeem them. Miriam complained to her father that his action was much harsher than Pharaoh’s own edict. The Egyptian ruler had decreed against the males, while her father was guaranteeing that no Jewish child would be born at all, female or male.

From Miriam’s perspective, the Jewish men were doing Pharaoh’s job for him. By preventing the birth of any Jewish children, they were making it far too easy for the Egyptians. Why assume they would find and kill every Jewish male baby? Perhaps some would survive and perpetuate their nation. Amram relented and remarried Yocheved. Moshe, the future Jewish savior, was the product of that reunion. All the other Jewish men followed his example and reunited with their wives.

Later, we find Miriam positioned along the banks of the Nile, carefully watching over her newborn brother Moshe as he floated downstream in a reed basket. The baby had drawn significant Egyptian attention, particularly at a time when royal astrologers had predicted the imminent birth of a Jewish savior. Yocheved had hidden him for three months until she could conceal him no longer. 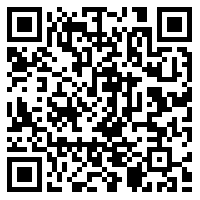