Israel’s giant Osem food manufacturer is suing Heinz for allegedly selling ketchup with only one-third of the 20% tomato concentrate it says is required by local laws, Kosher Today reported.

Osem took its war against the American intruder to the supermarkets as well as the courts and sent out warning letters to the stores and to the Heinz distributor in Israel.


A class-action suit was filed in court on behalf of consumers and seeks $18.5 million in damages. The American ketchup maker said the suit is baseless.

Heinz is only one of a variety — not yet 57 — of American foods that worry local manufacturers.

Israeli food makers for years have been confident that Israeli taste buds are blue and white and not red, white and blue.

Falafel still is more popular than hamburgers, and certainly more than non-kosher cheeseburgers, but how long can Israel hold out in the wake of the mentality that says, “If it is from America, it must be good”?

Kosher Today noted that Israel coffee drinkers bucked Starbucks coffee, and any American tourist ordering a cup of coffee in Israel should be careful to specifically ask for instant coffee or risk being served a cup of that black Turkish coffee, for which the apt Israeli expression translated into English is “mud.”

After more than 30 years in Israel, I still cannot stomach even the smell of “mud,” and I think my Sabra children purposely leave the residue of the stuff in the cup in the sink so I will have to make a face while washing it.

Then there is Israel grape juice, which I used to take to the United States for Shabbat because I couldn’t stand the super-sweet stuff Made in America.

But the truth is that Israel grape juice does not have a very “grapey” taste, and Kedem is making is becoming more popular in Israel at the expense of the blue and white

Proud Israelis scoffed when McDonald’s first opened up in Israel in 1993 and said the Big Mac fast food business would flop. The chain now has 160 stores in Israel, of which 50 are kosher, for better or for worse.

As much as I am loyal to Israel products, I cannot pass up a scoop of Ben and Jerry’s ice cream, even though the company refuses to open up a store in Judea and Samaria. 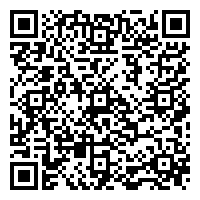