If we can learn to say “in the Name of Hashem I cut them down,” their power will be “extinguished as a fire does thorns.”This is a discipline; we have to work on it. The meraglim did not work on it and they failed, ushering in a tragedy from which we are still suffering thousands of years later. We learn about these tragic events in order to prevent them from recurring.

I hope readers can see I don’t want to depress anyone. Nor do I wish to depress myself. But it is clear to me that it is of paramount importance to face reality in order to survive. We have to know that reality means Hashemis in total charge of what goes on in this world. “Everything is in the hands of Heaven except fear of Heaven” (Berachos 33b).

What happens in this world is orchestrated by God, and everything that God does is by definition good. If we understand that everything is from Hashemand that everything He does is good, then we can live through everything with the comprehension that it comes from Him. We can trust that we will get through all our tests; we can use every event in life to strengthen our closeness to Hashem.

As we read in Psalm 34, “Many are the ills of the righteous man, but from them all Hashem rescues him. He guards all his bones, even one of them was not broken. But evil shall kill the lawless in the end and they who hate the righteous shall be destroyed. God redeems the soul of His servants and none of them who take refuge in Him shall be desolate.”

Here’s a quote from a well-known mishnah that foretells our times:

In the period that will precede the coming of Mashiach, insolence will increase and costs will soar. The vine will yield its fruit yet wine will be costly, and the government will turn to heresy and there shall be no rebuke [meaning that figures of legitimate authority, including parents, will be afraid to rebuke those who stray from correct behavior, including their children]. The [erstwhile] meeting place [of sages] will be used for harlotry…. The wisdom of scribes will decay and those who dread sin will be despised and truth will be absent. Youths will shame the faces of elders; elders will stand in the presence of minors…a man’s enemies [will be] the people of his household…. Upon what, then, can we lean? Upon our Father in Heaven. [Sotah 49b]

“Upon what can we lean? Upon our Father in Heaven.”

Recently we received a solicitation in the mail for a book titled Extreme Weather Survival Guide. The pitch began: “Hurricane Sandy…massive tornadoes in the Midwest…droughts and wildfires in the West…fatal snowstorms in the North and as far south as Florida and Texas…. What do these all have in common? They are all part of an alarming increase in extreme weather like few of us have ever seen in our lifetimes…. What are the critical steps that experts say can make the critical difference…. even between life and death?”

This book could have been published in Mitzrayim during the Ten Plagues. Are they trying to scare you into buying a book? For sure they are; there is real fear out there. People know something big is happening in the world. I am going to share with you a few recent news items that highlight what is going on in this pre-Mashiach world: 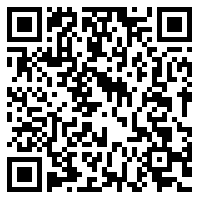