Former Knesset Member Azmi Bishara, who fled Israel in 2007 after being accused of aiding Hezbollah terrorists fighting against Israel, emerged Wednesday as a media spokesman for a new terror group: Hamas.

Appearing on al-Jazeera TV, Bishara outlined Hamas’ conditions for a ceasefire – the re-release of Palestinian prisoners who were freed as part of the Gilad Shalit deal but re-arrested during Operation Brother’s Keeper, the opening of the Rafiah border crossing and border crossings into Israel and international supervision of the Gaza seaport, instead of Israel’s current blockade.

According to a report in The Jerusalem Post, Bishara said Israel’s agreement to an Egyptian-brokers ceasefire yesterday was a ploy to legitimize further air strikes on Gaza after Hamas rejected the plan. He also predicted that the current round of fighting would end this week. 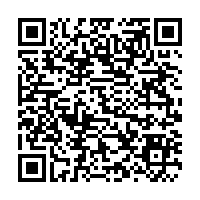