The media have often reported the rift between policymakers in the Defense and State Departments during the administration of George W. Bush. Given the stature of Secretary of Defense Donald Rumsfeld and Secretary of State Colin Powell, the president will seriously consider the advice of each adviser, and it is unlikely that one adviser will be so much more persuasive than the other to render Bush’s Middle East policy entirely clear.

This raises the question: How does President Bush decide policy when he receives contradictory recommendations from his top advisers?


Presidents commonly face this dilemma. In 1947-48, President Truman had similar difficulties in choosing between the advice of his top advisers with regard to the establishment and recognition of Israel. Truman’s secretary of state, George Marshall, and defense secretary, James Forrestal, were no less influential than Bush’s top aides, and were adamantly opposed to U.S. support for Israel. On the other side, Clark Clifford and David Niles, Truman’s top domestic advisers, lobbied Truman to support the UN recommendation to partition Palestine into a Jewish and Arab state. How did he decide what to do?

In my first book, The Water’s Edge and Beyond: Defining the Limits to Domestic Influence on United States Middle East Policy (Transaction, 1991), I argued that presidents make decisions with regard to the Middle East based on their ideology, and the adviser(s) whose argument is most consistent with their world-view on any given issue will most likely win the day. In Truman’s case, he was eager to help Jewish refugees because of his humanitarian views, to fulfill past promises for the creation of a Jewish homeland, and to bring peace to the region.

Now, how can we predict the decision-making of President Bush? First, we need to determine his ideology. Once we know what it is, we can analyze how the arguments made by his advisers fit into Bush’s world-view.

Rather than review George W. Bush’s life and philosophy here, I have distilled his world-view to four key elements that I believe can help predict how he will act on any given policy option related to the Middle East (if not more broadly). I have labeled them Straight Shooting, Triumphalism, Fraternity, and Faith.

George Bush has a Texan approach to people that we associate with the straight-shooter. He is not interested in flimflam, small talk, or deception. Bush wants information to be short, to the point, and honest. In this, he resembles Harry Truman who was known for his plainspokenness and his disdain for flash or indirection. A key instance where this value affected Bush’s policy was in the Karine-A affair.

On January 3, 2002, Israel seized the Karine-A, a ship laden with 50 tons of arms bound for the Palestinian Authority (PA). Peace talks between Israel and the Palestinians had already broken down, and the Palestinians had launched a violent uprising following Yasir Arafat’s rejection in 2000 of Israeli Prime Minister Ehud Barak’s offer to withdraw from all of the Gaza Strip and from 97 percent of the West Bank, and to create a Palestinian state with a capital in East Jerusalem. The failure of that peace initiative led to Barak’s defeat in the 2001 Israeli election by Ariel Sharon, who determined that Arafat would not make peace with Israel and was irrelevant.

The United States held out hope that Arafat could still be induced to halt the terrorist attacks against Israel and to fulfill the other obligations he had committed to in the Oslo agreements. The seizure of the Karine-A appeared to be a clear indication that Arafat not only was unwilling to end the violence, he was importing arms to escalate the war against Israel. 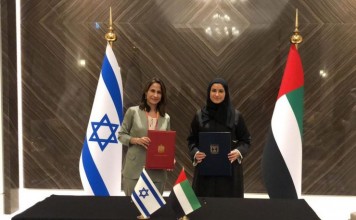 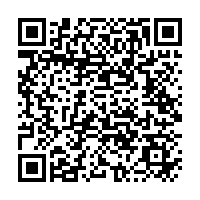