I had the privilege of attending hakafos leil Simchas Torah at the Yeshurun Synagogue, which is my makom kavua, or “permanent” shul. The shul was filled wall to wall and included dozens of people who were quite apparently not regular attendees at such events. Chazzan Asher Heinovitz led the singing with an enthusiasm that even surpassed his characteristic vitality. Walking home from Yeshurun, I passed the Great Synagogue of Jerusalem, where even larger crowds were in attendance.


This past Friday night, Chazzan Heinovitz and the Yeshurun congregation, accompanied by a choir known as the Portnoy Brothers, continued in this spirit. Every Shabbos Rosh Chodesh the chazzan leads the congregation in a joyous Carlebach Kabbalas Shabbos, in a cantorial mode. This blend of Reb Shlomo’s niggunim with the chazzan’s outstanding cantorial flair attracts a large and diverse audience every month. Last week was no different. The shul was packed, and the simcha was palpable. It was a “non-violent” demonstration that we will not surrender to fear. We will express ourselves in song, whatever the circumstances.

After the joyous Carlebachian Kabbalas Shabbos, the chazzan dramatically switched to a much more somber and passionate mood for the Maariv service. He chanted the entire Hashkivenu berachah in a roof-piercing, and hopefully heaven-piercing, baritone voice. He stressed the words “Spread over us your canopy of peace…shield us and remove from us every enemy, plague, sword, famine, and agony.” At the mention of the word “sword,” he lifted his voice even higher so that all present shuddered at the image of the “swords” that had just lacerated the bodies of our brethren.

The chazzan lent that same fervor and force to the last word of the conclusion of the berachah: “Blessed are You, Lord, who spreads a canopy of peace over all His people Israel, and over Jerusalem.” “Jerusalem” was followed by the resounding “amen” of the audience of hundreds. This “amen” still echoes in my ears, and will for a very long time to come.

Returning to Simchas Torah the following morning, the highlight of that day for me was the davening and dancing (and kiddush!) at the synagogue close to our apartment, Chovevei. The president of Israel, Reuven “Ruby” Rivlin, frequently attends services at Chovevei. He was there on Yom Kippur and again early on Simchas Torah morning, accompanied by security personnel. He was honored with Chassan Torah.

At the end of the Torah reading, he and the Chassan Bereishis and Maftir joined hands in a lively dance. I was invited by name and called up to join them in the dance – a much appreciated privilege. When I hesitantly reached for President Rivlin’s hand, he warmly welcomed me and said, “Come hold hands with the president of Israel.” I couldn’t help but realize that less than twenty-four hours earlier he had raised those very hands in an eloquent gesture of farewell during his graveside eulogies for Rabbi Nehemia Lavi and Aaron Bennett, may their memories be blessed.

There were many other highlights of the festival season for me. I confess I most enjoyed the opportunity to deliver a wide variety of lectures and shiurim between Shabbos Shuvah and Shabbos Bereishis. They included a Shabbos Shuvah derasha and a derasha to members of the RCA, both held at the Orthodox Union Israel Center; shiurim on the second perek of Maseches Sukkah; a lecture on the personality and thoughts on Sukkos of R’ Zadok HaCohen of Lublin; a presentation on the subject of our communities’ priorities, “Inreach versus Outreach”; and a very well attended and well received lecture entitled “Koheleth: What Would He Say About Contemporary Jewish Problems?” 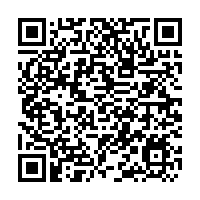