Alert Israeli police officers stymied an Arab terrorist Wednesday afternoon who attempted to stab Israelis at the Damascus Gate entrance to the Old City of Jerusalem.

The terrorist was wearing combat fatigues, according to the Hebrew-language 0404 website. He allegedly ran to attack a security guard who was protecting a family as they walked through the entrance to the Old City.


Security forces saw him attempt to stab the guard and shot him.

“The terrorist was in an Israeli uniform in order to mislead the forces, but they identified him quickly and put him out of action,” a witness told the website.

On closer examination, it appears it was Palestinian Authority combat fatigues. 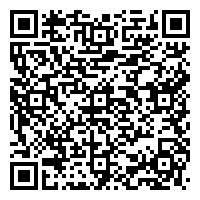