Editor’s Note: This is the seventh of a multi-part series on the life and times of a young woman who came to America on her own in the early 1900s and made her way in a new country. The sixth part (“The Motherhood of Freida Sima”) appeared as the front-page essay in the Feb. 12 issue; part eight will run in April.


What is it like to come face to face with your mother for the first time in twenty-one years? How does a young woman of thirty-six suddenly juggle the responsibilities of being a wife, mother, and daughter after not having lived in the same country as her parents since she was fifteen?

How does she explain to her very religious mother that she, her beloved firstborn, is actually married to a freethinking communist who is both unemployed and diabetic; facts she had conveniently glossed over in her letters to the old country? And that she, too, was more “modern” than her devout parents, although quite traditional compared to many other Eastern European Jewish immigrants in America?

This is the situation my grandmother Freida Sima (Bertha) Kraus faced when her mother, Devorah Scharf Enzenberg, came to New York in 1932 for an extended visit. Not only did Devorah have three children in America whom she hadn’t seen in years, she also had brothers and sisters who had immigrated from Mihowa, their Bukovinian hometown, long before the war.

Because the Scharf and Enzenberg (now Eisenberg, since Freida Sima’s brother Abie had changed the family name upon his arrival to America in 1920) men either came to America already married, or married family members in the U.S., or returned to Europe to find a bride, Baba Devorah already knew her sisters-in-law, daughters-in-law, and one brother-in-law from Mihowa. However, she had never met the husbands of her sister Sadie and Freida Sima. There were also three small granddaughters whom she had only seen in photographs.

Now that her six remaining children in Europe were older, it had been possible to consider taking the trip she had dreamed of for years. Both her sons had come back to Mihowa to see her during the 1920s after becoming American citizens, but she longed to hold her oldest, her “Babaleh” – Freida Sima’s childhood nickname, given after a serious illness – in her arms.

“After all,” she told her husband, Nachman, “it won’t cost us anything.” The family in America had sent money for the trip and she would stay with her son Avrum and his wife Mina, her niece and now daughter-in-law. Her children in Europe encouraged her to go; even her youngest, Sheindl, who went by the Romanian name Jenny, assured her that at sixteen she could handle the farm kitchen on her own.

Putting aside her qualms about leaving Nachman for the first time in their thirty-seven year marriage, Devorah packed her bags for the two-week journey that began by wagon, continued by train, and ended with a six-day steamship voyage across the Atlantic. She had left Mihowa before because of Nachman’s lumber contracts and when the family fled to Poland during the Great War, but this was different. This was the first time she would board a ship and see the ocean.

Life was wonderful. Devorah was going to America.

As great as it was to see her family, nothing was as she had imagined it would be. Not the city, not her family, not even her longing for those she had left in Mihowa. Even though her loved ones in America had described their lives in the letters they’d sent her through the years, there was nothing like seeing and experiencing things herself. 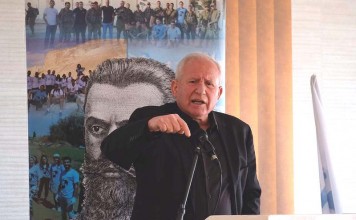