At the Trenton trial I represented a young rabbi who had previously served for nominal payment as an eid – a signing witness – at many Jewish divorces. He knew how to write his name in the unusual script required for gittin. He was not involved in any of the planning for the trip to the warehouse (a site selected by the FBI), and he told the FBI and the prosecutors after his arrest that he had joined the group innocently to sign the Get they all anticipated would result from a meeting at which the husband would be confronted with the news that a rabbinic court (bet din) had issued a seruv against him and ordered him to free the agunah.

The jury found my client guilty because he was videoed at the warehouse, although there was no evidence tying him to any talk of possible violence to the recalcitrant husband. The federal judge who presided at the trial sentenced my client to 39 months in a federal prison for conspiracy and attempted kidnapping. Other men who made the trip to the warehouse to confront the recalcitrant husband pleaded guilty. Some received prison sentences of 48 months.

The “Getcha Sting” backed the wrong side in the battle between agunot and their despicable recalcitrant husbands. There are, to be sure, legitimate law-enforcement objectives that require undercover agents and call for “stings.” Potential terrorists have been smoked out by federal agents who masqueraded as compatriots or supporters. Under-age prostitution in 135 cities was stopped in October as a result of a “massive FBI sting.” The famed “Abscam” prosecutions of seven Congressmen and one Senator in 1980 grew out of an FBI “sting.”

If the FBI had some basis to believe that rabbis had formed a mafia-style organization to beat recalcitrant husbands, it might have justified a “sting” directed at such a group to prevent future violence. But the “Getcha Sting” began with efforts to lure ORA and the Beth Din of America into the FBI’s web. Not only was this an enormously foolish expenditure of federal law-enforcement resources, it was a disastrous choice made by the FBI. Husbands who withhold gittin from victimized agunot are evil, and one would expect the FBI to choose the virtuous side in this conflict. The FBI should have sided with the agunot, not with the spouses who flout rabbinic orders to give a Get.

There are few enough legal avenues under American law to free agunot whose husbands viciously withhold a get. In 1983 I drafted, at the request of Rabbi Moshe Sherer, z”l, the first New York Get Law which has withstood constitutional challenge to this day. Its operation has prevented husbands who want to receive civil divorces in New York from turning their wives into agunot. The FBI’s counter-productive “Getcha Sting” has made the job of freeing agunot much harder. If federal prosecutors are watching, who will now have the backbone to confront a recalcitrant husband nonviolently and, using community pressures, secure a Get for an agunah?

A rabbi’s request for and receipt of a substantial fee did not justify the FBI “sting.” One rabbi the FBI undercover agents ultimately found and lured into commission of the staged “attempted kidnapping” asked for a $50,000 fee for arranging the confrontation with the fictional recalcitrant husband. Modern agunot know that payments of much larger amounts have been made to recalcitrant husbands in response to their extortionate demands for authorizing a get. The rabbi acknowledged at his sentencing that he should not have made a financial demand when the FBI’s agunah and her brother asked for his help. 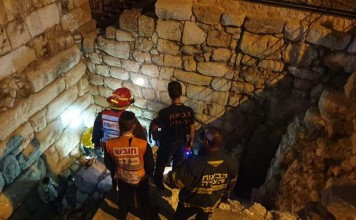