JNi.media — In the early 1970s, comedian Jerry Lewis decided to make a Holocaust comedy titled “The Day The Clown Cried,” possibly about a clown who is arrested for making fun of Adolf Hitler and ends up in Auschwitz, leading children into the gas chamber. Not what you’d expect of Jerry Lewis? Well, according to the comedic genius himself, the project ended up being not what he had expected either. He buried the footage and swore never to show it anywhere. In 2013 he told Reuters, “It was all bad, and it was bad because I lost the magic. You will never see it. No one will ever see it, because I am embarrassed at the poor work.”

Except that Lewis has had a change of heart about his work, at least a partial one, and he reportedly donated a copy to the Library of Congress, on the condition that it would not be screened until 2025, when Jerry will have turned 99.

Comedian David Schneider is hosting a new BBC documentary about the making of The Day The Clown Cried, using rare stills of the film he got from the Swedish Film Institute. Watch it and see for yourself whether it helps you understand what the Lewis project was all about and how he was planning to do an honest to goodness Holocaust comedy. 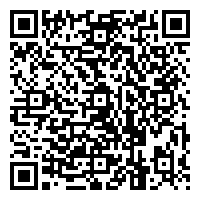