What follows are excerpts from the book on this week’s Torah portion, Vayishlach. The first selection discusses the wisdom of Yaakov’s plan in confronting his brother Eisav. The second passage, in the context of Yaakov’s struggle with the angel of Eisav, underscores the primacy of Talmud Torah in Jewish life. The final piece, an analysis of Dina in Shechem, contrasts the modern approach to victimhood with the understanding of our sages that each of us must always undertake a spiritual accounting of all our deeds and decisions.

“And [Yaakov] said, ‘if Eisav comes to one camp and strikes it down, then the remaining camp will survive” (32:9)

Yaakov, fearful of his brother and terrified of the potential outcome of their confrontation, devised a plan to divide his family into two separate camps. He would first be able to assess Eisav’s mien, and respond accordingly. But Yaakov did something else that was even more elaborate.

Rashi cites the Midrash: “Yaakov prepared himself in three ways, with gifts for Eisav, with prayer, and for battle.” The division into camps was the battle plan. And the gifts and prayer?

Yaakov taught us a basic lesson in our obligation of hishtadlut – of doing our own preparations and engaging in our own efforts in order to meet any challenge. It is not that we cannot rely on God, but exactly the opposite. We do rely on God for our ultimate success, and He is the One who trained us that our success depends on our efforts as well.

The brilliance of Yaakov’s approach – and by extension, any type of individual or group effort – is that it appealed to three different modes of salvation. Prayer seeks salvation in the spiritual realm, and is indispensable to success. Prayer has accompanied the Jewish soldier into battle from the time of the Torah, through the stories of the Maccabim and until this very day. The recognition that God controls our destiny is both humbling and liberating (our mere survival as a nation is ample evidence of that).

Yaakov had to deal with Eisav directly, and he chose to be deferential to him, even submissive. The substantial tribute he offered – hundreds of cattle to be delivered sequentially, as if gifts were coming that would never stop – was a psychological appeal to Eisav’s insecurities about Yaakov and an attempt to defuse lingering resentments from their troubled past.

In essence, Yaakov was demonstrating that he perceived his assets as a resource that could benefit Eisav. Yaakov punctuated those gifts with persistent references to himself as “your servant.” Indeed, Eisav’s heart melted when he saw the offerings and the prostrations, and sensed the obsequious tone in Yaakov’s message.

But the danger of a physical confrontation was also present, and Yaakov did what was most rational under the circumstances. He could not avoid Eisav – but he could minimize the danger of annihilation if their meeting went poorly by dividing his camp into two. This became a pattern in Jewish history as well: “God acted righteously to the Jewish people by scattering us among the nations,” so that no enemy could ever eradicate all Jews at one time (Masechet Pesachim 87b, with Rashi’s commentary). Moreover, the preparation for war is not a sign of moral weakness but of moral strength and a keen understanding of human nature. The ancient Romans proclaimed “Si vis pacem, para bellum” (“If you wish for peace, prepare for war.”). It is an adage that Western man – and especially Jews – ignores at their peril. 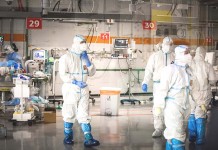 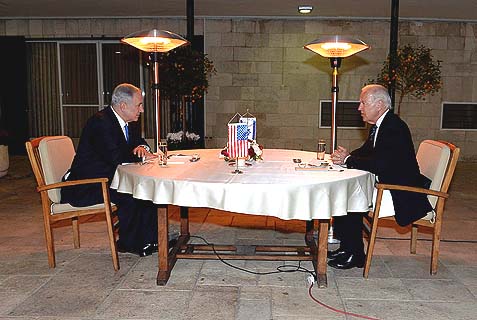