A Swiss museum formally agreed to accept the bequest of hundreds of artworks from the late German art collector Cornelius Gurlitt, which may include Nazi-looted art.

In its announcement last week, the Kunstmuseum Bern said it would work with German officials to ensure that all looted art in the collection is returned to its owners or their heirs. Gurlitt named the museum his sole heir before his death in May.


The collection reportedly is worth about $1.26 billion. The museum said it had no prior relationship with Gurlitt.

“The ultimate aim was to clarify how the Kunstmuseum Bern could meet the responsibilities imposed upon it by the bequest,” Christoph Schaeublin, president of the museum’s board of trustees, said at a news conference Monday.

A German task force will continue to investigate the provenance of the artworks to determine which pieces were looted and to discover their rightful owners. Pieces for which no owners can be identified will be displayed in Germany in order to try to find the owners or heirs, according to the museum.

Gurlitt’s father, Hildebrand, was an art dealer on assignment to the Nazis. When Hildebrand Gurlitt died in 1956, his son inherited the collection, which includes works by Picasso, Durer, Renoir, Toulouse-Lautrec, Beckmann and Matisse.

In April, Gurlitt signed an agreement with the state of Bavaria and the German federal government in which the provenance of all works would be researched, paving the way for the return of the paintings to the heirs of the rightful owners.

The work of the task force in searching for possible rightful owners continued after Gurlitt’s death.

Greg Schneider, executive vice president of the Claims Conference, applauded the museum’s announcement as it appears on paper and said what counts now is implementation.

World Jewish Congress President Ronald Lauder welcomed the museum’s decision to discover which pieces were looted by the Nazis and to work to restitute them.

“I thank Germany for living up to its responsibility by ensuring that all issues relating to the looted art of the Gurlitt collection will be settled in Germany, and in Germany only,” Lauder said in a statement.

Restitution lawyers Mel Urbach and Markus Stötzel, who have been involved in the case, were much more restrained, however, telling The Jerusalem Post they believed the collection should be turned over to Israel and that the documents accompanying it should be publicized.

“Under Allied Law 59, all transfers after the Nazis came to power in 1933 were highly suspicious,” the attorneys said in a joint statement. “Jews were immediately degraded and abused, and forced to sell to people like Gurlitt. These tainted funds were then used to amass an art fortune, an illegitimate Nazi collection that was hidden from the world since the Holocaust.

“Now that it has been found, the collection belongs in the home of the Jewish nation [Israel] from whom it was robbed, along with everything else. It was built upon their suffering.” 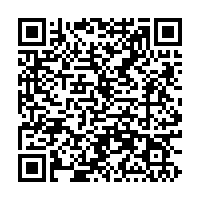