“Peace will come when the Arabs will love their children more than they hate us.”

It is one of the most iconic quotes of modern Jewish history – universally known; revered for its heartfelt message; and frequently cited by historians, biographers, journalists, and politicians as well as by ordinary citizens throughout the world, Jews and non-Jews alike.


But did Golda Meir – a signer of Israel’s declaration of independence who went on to serve the country in many crucial roles including, of course, prime minister – to whom this august dictum is attributed, really say it?

It never dawned on me to question the remark’s authenticity as I’d always assumed it was an unassailable and indelible part of oratory history, in a class with the immortal “Four score and seven years ago” and “I have a dream.”

But doubts started to surface while I was researching an article on the greatest Jewish quotes of the twentieth century. After rummaging through a plethora of sources and giving much consideration to a number of linguistic gems, I selected my ten illustrious quotes, with Meir’s statement among them.

Pithy, earnest, and beseeching, it always seemed the quintessential expression of the frustration Israelis have experienced in desiring to live in peace with their Arab neighbors. I was curious to learn the context in which Meir made this remark and, because words are frequently altered from one citing to another, I wanted to find the quote’s original source to make sure I had her precise words.

The quote has been reproduced in countless books and articles in print as well as online, and many of these cite as their source A Land of Our Own: An Oral Autobiography by Golda Meir, edited by Marie Syrkin and published by G. P. Putnam’s Sons in 1973. The quote appears, along with several others, on the last page of the book’s text (before the index) under the heading “On Peace.” Its source is given as: National Press Club, Washington, 1957.

I wrote to the National Press Club in an effort to obtain a copy of Meir’s 1957 speech. The response I received was that Meir, who at the time was Israel’s foreign minister, did not speak there in 1957. She had, however, addressed a club luncheon on December 11, 1956. Well, authors do make mistakes, and maybe Syrkin got the year wrong. Besides, December 1956 is pretty close to 1957.

The National Press Club did not have a copy of Meir’s 1956 speech, so I searched far and wide for one. None of the repositories in the U.S. that I contacted had a copy, nor did they have any record of Meir’s ever having made the statement I was looking for. These archives included the University of Wisconsin-Milwaukee Library (where many of Meir’s papers are located); the Jewish Women’s Archive in Brookline, Massachusetts; the Dorot Jewish Division of the New York Public Library; and the American Jewish Archives in Cincinnati, which houses Syrkin’s papers.

It turned out the Recorded Sound Research Center of the Library of Congress had a recording of Meir’s National Press Club speech, but before I could get to Washington to listen to it, I obtained a transcript of the speech from the Israel State Archives.

Breathlessly I read it – but, alas, Meir’s elusive quote was not there.

With no primary source found for this world-famous statement, a previously unfathomable question came to mind: Did Golda Meir really say it?

As the author of numerous books, I’ve learned in my research that it is not unusual for myths, false statements, half-truths, quasi-truths, exaggerations, distortions, and all sorts of other apocrypha to creep into the public mind. They enter it through the main arteries of communication and its back alleyways and all too often are accepted without question by the public at large. 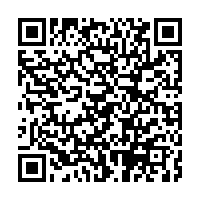