Billionaire Jewish-Americans – and major political donors – Republican Sheldon Adelson, and Democrat Haim Saban held a high profile conference this weekend where numerous Jewish organizations and leaders gathered to discuss the need to stand united against boycotts of Israel. As they acknowledged their domestic political differences, Adelson & Saban concurred that on this issue, “when it comes to Israel, we are absolutely on the same page.”

The timing is right. This week, Israel’s Prime Minister Benjamin Netanyahu expressed outrage at comments made by the CEO of Orange, the largest French telecom company regarding his desire to end all of the company’s ties to Israel, due to outrage at the fact that Orange’s Israeli partner has antennas in “occupied territory.” While he subsequently has backpedalled on this comment, the intent is clear.


PM Netanyahu has urged supporters of Israel “…to unconditionally declare – in a loud and clear voice – that they oppose any kind of boycott of the Jewish state”, and rightfully added “The absurd drama in which the democracy that observes human rights – the State of Israel – and which defends itself from barrages of missiles and terrorist tunnels, and then absorbs automatic condemnations and attempted boycotts, this absurd drama will not be forgiven.”

Netanyahu’s political opponent, the head of the Knesset Economics Committee chairman Eitan Cabel (Zionist Union) noted that the government needs to “…put together a broad international front to prevent the new war that is upon us: the boycott war.” Hence, the mainstream right and left in Israel and American Jewry condemn boycotts of all forms against the Jewish State. They are right that this is not an issue of the right versus the left; it is an issue of the right versus the wrong.

As a recent op-ed by New Israel Fund leadership “Op-Ed: Boycotting settlements is not anti-Israel” noted, “Boycotting goods and services coming from the settlements, although sometimes difficult to implement in practice, means putting one’s money where one’s mouth is…” and that organizations who support the boycott are “…entirely consistent with our opposition to the occupation, our defense of Israeli democracy and our support for a two-state solution.”

NIF and their supporters are cheering Orange and boycotts of Israel. The mainstream Jewish community in Israel and America must expose and shun the haters of NIF out of our community.

The high-profile SodaStream debacle, which saw actress Scarlett Johansson step down as “global ambassador” of Oxfam due to their boycott of Israel was also around the precise issue of the comments of Orange’s CEO. Ms. Johansson resigned from Oxfam, noting she has “a fundamental difference of opinion” with Oxfam International because the charity opposes all trade from Israeli settlements, and noted that she and Oxfam “have a fundamental difference of opinion in regards to the boycott, divestment and sanctions movement.”

Scarlett Johansson was right, and Orange is wrong.

Any boycott of Israel is unacceptable, and funders of New Israel Fund must stand with – not against – Israel. 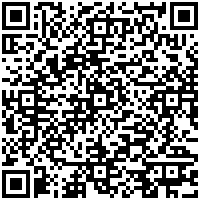