As a teenager, I was introduced to the laws of lashon hara (“the evil tongue,” gossip and slander) and to an interest in the journalistic enterprise by two charismatic personalities, both of whom lived in my neighborhood, Manhattan’s Upper West Side.

Raised in a secular family, I attended Lincoln Square Synagogue Hebrew School, an afternoon outreach program. The vast majority of members’ children attended day schools. At the end of eighth grade, I decided I wanted to begin keeping the laws of kashrut, eating kosher food, and during the following year I began attending synagogue, eventually spending a year at Beginners’ Services at Lincoln Square Synagogue.


The Beginners’ Service was conducted by Rabbi Ephraim Buchwald, an enthusiastic educator and leader in outreach to unaffiliated Jews. The service included lively singing, reading of the Torah parsha (weekly portion) in English, and discussion and questions about whatever anyone raised. Rabbi Buchwald chose an excellent work to study every week with the group.

Before the recitation of the paragraph Elokai n’tzor (“My God, protect my mouth from evil…”), he would read a selection from the laws of lashon hara. The book he read from, Guard Your Tongue by Zelig Pliskin, provides excellent practical scenarios to illustrate these laws. The following are just two memorable examples:

“You are forbidden to speak about young children if that will cause them harm or anguish. Little David was placed in a foster home. If someone were to tell David’s foster parents that he sometimes misbehaves, they might discontinue keeping him in their home. Anyone speaking against David is guilty of a grave offense. If someone wants to report David’s misbehavior, in order that it be dealt with and corrected, he must be carful that he doesn’t cause undeserved damage.” (Page 98, 1975 edition.)

“Any statement that is not lashon hara in itself, but will cause lashon hara to be spoken, is termed avak lashon hara (a tinge of lashon hara) …. Yocheved and Ruth were strolling down the street on Shabbos afternoon. They passed Dinah who waved to Yocheved. When they were out of Dinah’s hearing range, Ruth asked Yocheved, “What type pf person is Dinah? You seem to know her.” Yocheved replied, “Don’t mention Dinah’s name. I don’t want to speak lashon hara.” Yocheved’s reply is avak lashon hara.”

Having learned these laws at a young age, I avoid lashon hara as a part of my routine. I try to avoid people who regularly speak lashon hara, and skip over certain articles in newspapers and magazines that contain lashon hara.

In our society, even among observant Jews, the avoidance of lashon hara can prove difficult, and I cannot say I am free of this transgression. After all, not only is speaking it forbidden by the Torah, but hearing it is also a sin, and who can always avoid that? Also, while I consider myself to be a truthful person, the prohibition of lashon hara is actually defined as relating negative truths. (Negative falsehoods are also forbidden, but under the designation of motzi shem ra, creating a bad reputation.)

Simultaneous to my religous study, I discovered I possessed the ability to write. As a student at the Bronx High School of Science, I excelled in the verbal sciences over the mathematical disciplines, enjoying English and history more than chemistry and physics.

At the age of 15, I came upon a copy of The Search For God at Harvard, by Ari L. Goldman. Goldman was the first Orthodox reporter for The New York Times; he later became a professor at the Columbia School of Journalism, where now serves as dean of students. 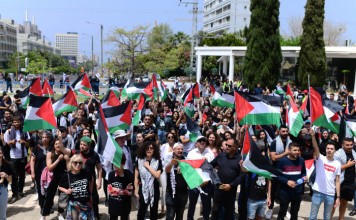 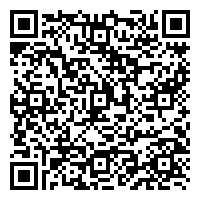