As one enters the theater, the stage is seen dominated by three levels of scaffolding that fills the entire proscenium behind a gray scrim. Plunged into darkness as the lights go down, a single face is illuminated on the stage by a bolt of light. Smoke swirls at her feet as she starts to rhythmically recite; “I lost a sock. I lost my umbrella. I lost a sock. I lost a tooth. I lost my teeth. I lost a leg… I lost my father. I lost my voice… I lost the keys… I lost my wits. I lost my way. I lost my tongue.” This haunting meditation on the tragic and the mundane is now repeated by a chorus clad in black that slowly appears, filling the entire breadth of the stage behind a scattered pile of objects… lost objects. The voices struggle against the long slow cords from the 25-member string orchestra that appears over them on the second level of the scaffolding.

Words appear on the transparent scrim to the rising sounds of violins, double basses and timpani, scrolling down from the top and covering the backlit orchestra and chorus. The projected words of the libretto seem to unfold with the same hypnotic rhythm as the singing of the chorus and orchestra, gaining urgency as the meanings unfold. “I lost my balance. I lost my mother. I lost my shoe… I lost his number. I lost my desire… I lost my fear. I lost my land. I lost my resistance.”

Lost Objects, a collaborative musical work in 14 parts by Michael Gordon, David Lang and Julia Wolfe with a libretto by Deborah Artman, was performed at the Brooklyn Academy of Music late last year and was easily one of the most exciting evenings of performance in recent memory. It promises great hope for a modern Jewish music.

This eclectic oratorio is directed by François Girard and includes the Bang On A Can Lost Object Ensemble, New York Virtuoso Singers, the Concerto Koln (a baroque orchestra) and the electric guitar, bass, keyboard and drums of DJ Spooky. It is intensely textual as it quickly expands its exploration of things lost into the Biblical text of offerings in Vayikra 1: 1-9; 4: 13-20; 6:5 and the Talmudic text of Baba Metzia.

The entire opening of the stage, top to bottom, is used as one shallow surface that vibrates with music, lights and text that appears on one side, then on the other, as we alternate first listening and then reading what is sung. In “Passenger Pigeon,” the thin soprano voices mourn: “Thousands of pigeons… no matter how long it is gone… the bird will always come home…” And of course, never again, for they too are lost, a lost technology. The text scrolls hundreds of obsolete technologies, an hourglass, sundial, typewriter ribbon, telegraphs, languages, each one that has slipped into a cultural oblivion. The thin voices merge now with the plaintive strings of an electric guitar on the top scaffolding and the orchestra below.

Suddenly, the voices change into the pounding chant “When Any Man,” punching out the text of a burnt offering in Vayikra: :You shall bring your offering… he shall kill the bull before the Lord… shall burn the whole on the altar… a pleasing odor to the Lord.”

The stage and uppermost level is throbbing with voices and music, drums keeping a merciless beat as all three levels of the scaffold are filled with color and light, intense shifts from crimson to ominous silhouettes and back to blood red. The boldly projected text proclaims when “the whole congregation of Israel commits a sin… a young bull… before the Lord… the blood he shall pour out… with the bull and they shall be forgiven… the fire… it shall not go out. It shall not go out.”

At the end of this riveting section, the audience bursts into a thunderous applause, shocked by the animal sacrifice and then the realization that tragically, the fire has gone out… an awesome kind of loss; of ritual, sacrifice, Temple, atonement, and finally the loss of closeness to G-d.

This oratorio, the Italian word for prayer hall, echoes the 16th century Italians who gathered to pray, read Scripture and sing hymns of praise. Lost Objects engages us because in some strange way it mirrors a Jewish experience so familiar that we have practically forgotten how special it is. Every Shabbos and Yom Tov we take out the Torah and publicly read. Our prayers are musical, repetitive, and ascend from the ordinary (hand washing, clothing, shoes) to soaring praises, the solemn affirmation of the Shema and finally the intimacy of talking to G-d Himself.

Reading the Torah breaks that rhythm and introduces pure text into our devotions. This text is read, indeed proclaimed, not individually but congregationally to all assembled. And then it is elevated and displayed for all to see, “This is the Torah that Moses placed before the Children of Israel…” We are participants in a well-rehearsed performance every Shabbos and Yom Tov, a performance of musical prayer that has as its centerpiece our text, our sacred text the Torah displayed and read as a measure of our devotion.

Halacha is introduced by the high artificial voice of a countertenor from the uppermost level of the scaffold. “I found my enemy’s ox… I found my neighbor’s ox… I cannot withhold my help, I cannot hide myself.” Again the text is arranged in our vision, this time with the verses from Baba Metziah in a block over the orchestra, a vision of broken words and insistent responsibility that flows relentlessly on through the music, voice and light. Every lost thing can, indeed must, be found. The high-pitched song tumbles into a pounding beat that demands “Missing Child. Please look… I am asking you, begging… If you hear anything, please. All prayers are appreciated.” An urgent soprano insists on help as an enormous head is projected, a child’s face smiling until she turns her head in anguish, the anguish of that which is lost, that which we all care is lost until the text itself evaporates, disappears and leaves us bereft.

The Talmud is again almost violently invoked, spare drums, urgent male voices and sopranos soaring over their pounding. “Two are holding onto a garment. This one says… This one says… and they will divide it.” Full of musical contention and clashing urgency that reflect the divided texts, now four projections each proclaim ownership of the text, each insistent until huge letters resolve the conflict. The fear of that which is lost threatens in “Not our Darkness that we fear…but our light” to strident drums until a rock guitar reveals the terrible fear of finding.

In what was until now a deeply engrossing narrative of loss and Jewish content, the libretto shifts to the mundane world and asks, “Amelia where are you… Somewhere.” While still moving, the last section about Amelia Earhart lacks urgency so deeply felt in the rest of the piece.

Loss is clearly a central motif in Jewish history and continues to function as an operative dynamic. What is so striking about Lost Objects is the expansion of our understanding of loss into the realm of presence and absence, tragedy and, finally, navigating human affairs. We are a people of the Diaspora, seemingly in a continual state of loss. What will we do once we have re-entered the land, reclaimed our lost faith and rebuilt our lost nation? Will we ever be able to lose that which was lost?

Richard McBee is a painter and writer on Jewish Art. Please feel free to contact him with comments at www.richardmcbee.com.

Available on CD at www.bangonacan.org 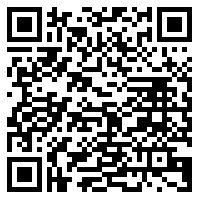