After more than fifty years of communal activity – the lion’s share of it devoted to yeshivas and day schools – I know that disappointment comes with the territory.

I know that nearly all of our schools operate under severe financial hardship, a chronic condition that affects morale and the educational product. There are costs when teachers are badly underpaid and often paid late and when the curriculum and maintenance are cut nearly to the bone.

I also know that no recitation of these sad facts or passionate advocacy will alter the situation. Like people who have come to tolerate tight-fitting shoes, we have come to accept the neglect of Jewish schools. I wrote years ago that yeshivas and day schools are the stepchildren of Jewish philanthropy.

But for all of my experience and knowledge, I was not prepared for the announcement by New York Federation, the dominant partner in the Fund for Jewish Education, that basic grants to yeshivas and day schools in its service area were being terminated. I believe this decision makes New York’s Federation the first in the country to betray the basic communal obligation to directly assist institutions that we acknowledge as vital to Jewish continuity.

I really did not expect that this cruel course would be taken, that schools already in great difficulty would be told that even modest support would no longer be forthcoming from Federation.

Our schools will now experience even greater pain, and the phony rhetoric used by Federation to justify its wrongful decision only makes matters worse. It will be surprising if other Federations do not follow the awful example set by the folks in New York who have betrayed our schools.

What is perhaps most remarkable about this decision is the muted reaction to it. Except for The Jewish Press and some scattered murmurings elsewhere, there has been silence from those who are most directly affected, as well as from those who presumably speak for and lead what remains of the day school movement.

True, the announcement came during the heat of the summer when schools are essentially closed and few of us are occupied with communal responsibilities. Still, the decision was in the works for months. Is it too much to expect the National Society of Hebrew Day Schools to protest an action that harms member schools?

This question becomes more urgent when we contrast the present placidity with the determined efforts made a generation and more ago to achieve fair treatment for yeshivas and day schools. The religious community was considerably smaller then and we had fewer resources. But we had commitment, even passion, and these qualities have been lost.

What is evident is that the Federation betrayal could not have occurred without a sea change in how the Orthodox look at basic yeshiva and day school education.

Our schools have fallen victim to benign neglect. In an important sense, they have been abandoned by the community that they serve and this abandonment has given cover to those who do not care much about day school education. We Orthodox Jews have forsaken our tradition and teachings regarding the obligation of each community to support basic Torah education.

While the establishment of religious schools and their maintenance was for generations regarded as a communal responsibility, increasingly they are considered to be primarily the responsibility of parents whose children attend them.

Except for special situations, we have embraced a consumerist mentality by accepting the once alien notion that basic Torah education is a product or service, and like other products and services is to be paid for by those who make direct use of them.

Jews Are The Canary In The Intersectionality Coal Mine 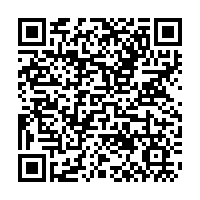